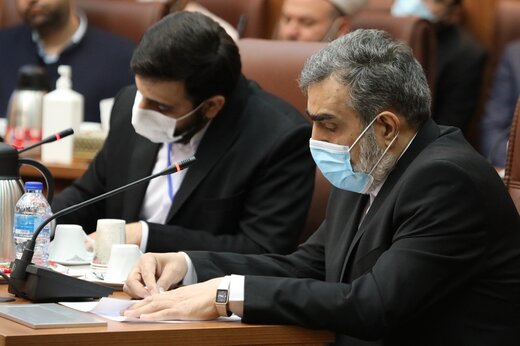 The spokesman of the Atomic Energy Organization of Iran has said attempts to destroy the country’s nuclear industry will get nowhere.

Behrouz Kamalvandi was speaking during a Saturday visit by foreign guests including Muslim scholars to Shahid Fakhrizadeh Research Reactor in Tehran on the occasion of the Islamic Unity Week.

Kamalvandi noted that Islam’s enemies have made constant efforts to destroy Iran’s nuclear program through various conspiracies such as industrial sabotage, cyber- attacks and bombings but the industry keeps flourishing day by day.

Kamalvandi added, “Here, we have made every effort to reach the frontiers of nuclear science and technology, and in spite of all the hostility in the international arena, we have made great strides in the nuclear industry”.

He referred to the assassination of Iran’s nuclear scientists, saying, “To make these great achievements, we have lost our loved ones for the cause of exalting Islam and the Islamic Ummah”.

Referring to the unilateralism of bullying powers, Kamalvandi said the Muslim world now has precious assets and these assets are the result of efforts by scientists who have made great efforts throughout history. He echoed remarks by the Leader of the Islamic Revolution, saying science and technology, in the hands of light thieves and non-believer scientists, has led to the monopoly of technologies by bullying powers and their exploitation and colonization of less privileged nations. Kamalvandi added that the creation of international organizations has facilitated relations and more interaction between the nations of the world in order to solve problems and fill the gap of various shortcomings but the same organizations have fallen into the hands of despotic regimes and have become a tool in the hands of dictators.