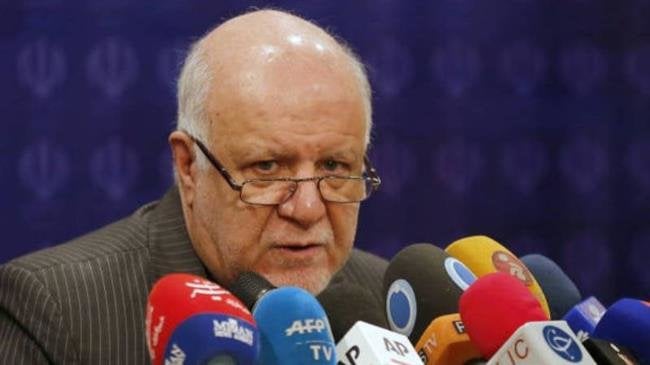 “The US seeks to reduce Iranian oil exports to zero even for a month, but that dream would not come to reality,” Bijan Zangeneh said on Monday.

Trump, whose decision to leave an international nuclear deal with Iran and reimpose sanctions on the country has pushed oil prices to levels not seen since 2014, on Thursday demanded that OPEC members lower the prices.

“We protect the countries of the Middle East, they would not be safe for very long without us, and yet they continue to push for higher and higher oil prices! We will remember,” Trump tweeted.

His demand came after benchmark Brent oil reached $80 a barrel this month, despite his earlier assurances that US curbs on Iran’s oil exports would not affect the market because Saudi Arabia would make up for the shortage.

“The OPEC monopoly must get prices down now!” Trump wrote on Sunday.

Before the Sunday meeting, Zangeneh had warned fellow OPEC members against any effort to appease the US, saying Tehran would veto any decision by the Organization of Petroleum Exporting Countries that would harm Iran’s national interests.

On Monday, he expressed hope that producers would not yield to Trump’s “orders” to turn the taps on.

The Iranian minister has said an agreement reached in 2016 between OPEC member states and allied producers to cut output was “in tatters.”

Zangeneh did not attend the Joint OPEC/Non-OPEC Ministerial Monitoring Committee (JMMC) held in Algeria on Sunday. He had stated that any decision on a new production deal by the committee would be “void” and “invalid.”

OPEC’s decision is seen as another victory for Iran which had also warned of two OPEC members seeking to damage the group and carry out “anti-Iranian policies” at the behest of the US, apparently referring to Saudi Arabia and the United Arab Emirates.