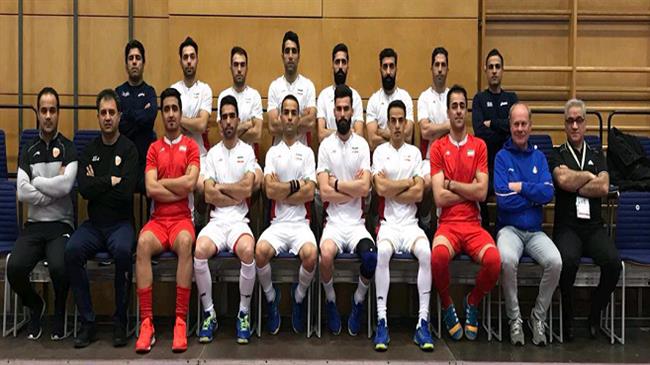 The Iran men's national field hockey team has defeated the Australian squad at the 2018 Men's Indoor Hockey World Cup in Germany to claim the third place overall at the end of the prestigious international tournament.

On Sunday, the Iranian outfit thrashed Australia 5-0 in the bronze medal game, which was staged at the multi-purpose Max-Schmeling-Halle arena in the German capital city of Berlin.

Navid Taherirad netted Iran’s opener nearly a quarter into the game; and Reza Norouzzadeh doubled the Persians’ lead in the 19th minute.

Hamid Nooranian took up a favorable opportunity in the 31st minute, and jabbed the Iran field hockey team’s third goal.

Norouzzadeh was on target twice before the final whistle, and completed a stunning hat trick in the span of just 21 minutes.

Later in the day, Austria beat Germany 3-2 in the penalty shoot-out and shattered the hosts’ championship hopes, after both teams were tied 3-3 at full time.

The 2018 Men’s Indoor Hockey World Cup, which was the fifth edition of the tournament, kicked off on February 7, and wrapped up on February 11.