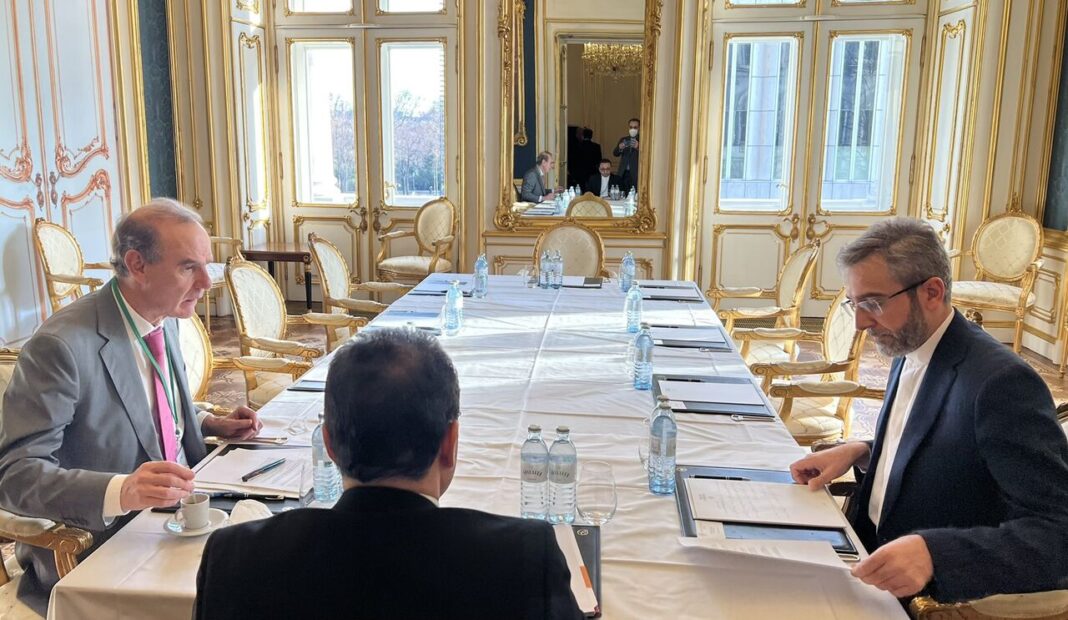 Earlier, he met with his Chinese and Russian counterpart in the Austrian capital.

Russian negotiator Mikhail Olyanov said in a tweet this morning the delegations of Russia, China and Iran met to compare notes before the official start of the 8th round of the Vienna talks later on Monday.

According to the announced schedule, the opening meeting of the JCPOA’s joint commission will be held at 6 pm local time (20:30 Tehran time). As usual, following the meeting, Enrique Mora will brief reporters on the outcome of the talks and the prospects ahead.

Earlier, Iranian Foreign Minister Hossein Amir Abdollahian said Iran and the P4+1 group have found common grounds in light of the two drafts put forth by Tehran regarding sanctions removal and the Islamic Republic’s nuclear activities.

He noted that talks must reach a point where Iran can easily sell oil, revenues from oil sales will be paid into Iran’s accounts, and the country will enjoy all benefits from the nuclear deal.