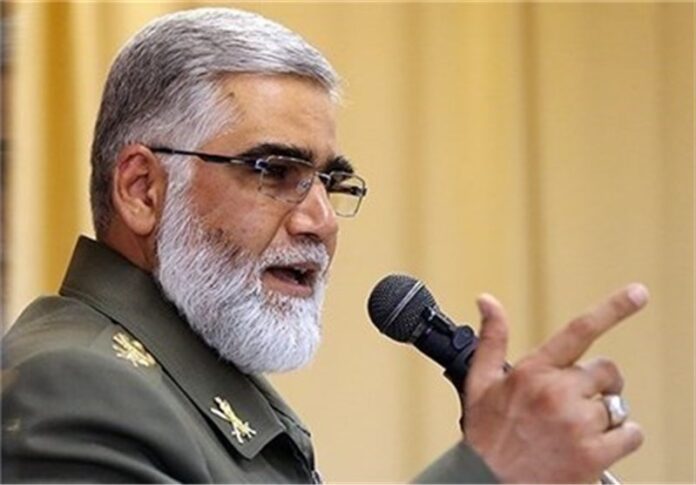 The enemy’s plots will be foiled before it reaches the borders, and IS should know that its merest mistake will face Iran’s crushing response, Brigadier General Pourdastan said.

Commander of the Army’s Ground Forces Brigadier General Brigadier General Ahmadreza Pourdastan warned the ISIL terrorist group that its arrival in areas any closer than 40 km to the Iranian borders will draw Iran’s crushing response.

Speaking to reporters on Monday, the top commander stressed that the Iranian armed forces’ harsh reaction awaits the ISIL terrorist group, which he said has announced plans to target Russia and Iran after a recent string of deadly attacks in Paris.

“The enemy’s measures will be foiled before it reaches the (Iranian) borders, and IS should know that its merest mistake will face Iran’s harsh and crushing response,” the general added.

He said there will be full security for the Iranian pilgrims who want to travel to Iraq on Arba’een, adding the Iranian armed forces, including the Army, IRGC and Police have coordinated efforts to do whatever necessary to ensure security.

It marks the 40th day after the martyrdom anniversary of the grandson of Prophet Muhammad (PBUH), Imam Hussein (AS).