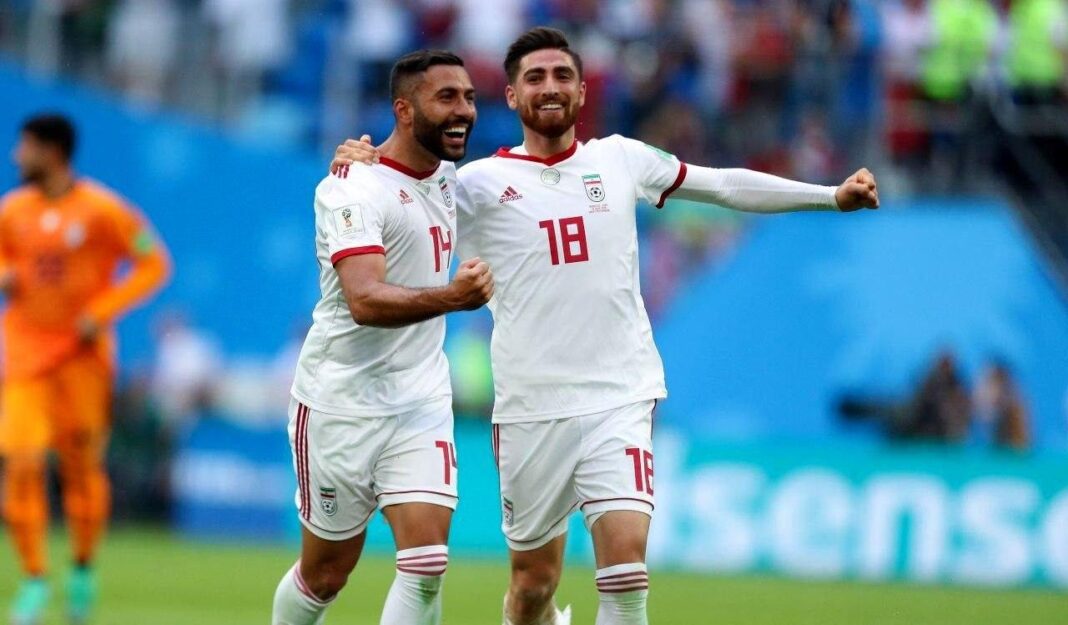 Football, as it is, has been regarded as one of the best sports of all time thanks to its large fan base. Before football got to where it is currently, we've experienced one of the greatest football players in history made their mark in the football world, we've also witnessed the rise and transformation of an average team become a top tier club.

Europe is widely and publicly known as the holy land of football; this is due to the achievements of the top five European Leagues. The Spanish La Liga, the English Premier League, the French Ligue 1, the German Bundesliga and the Italian Serie A are the five best leagues currently reigning in Europe.

Players that seek to make their mark usually move to Europe to establish their might, but that’s only if they have the ability to do so. European football leagues naturally welcome players from anywhere in the world providing they have enough talent.

In this article, we will be talking about the Iranian footballer currently taking on the stage of European football. Iranian players have a history with European leagues as four Iranians have appeared in the English Premier League over the years and several others have also played in other European leagues.

Although Iranian football fans might feel reluctant to say goodbye to their country’s brightest talent, taking their football career to Europe will give Iran national team an edge over other countries following the experience and the changes the players will have undergone there.

Sam Ghoddos, who can be deployed as a midfielder and also a winger, plays for Ligue 2 side Amiens SC. He began his football career in Swedish club Limhamn Bunkeflo back in 2011 before signing for Ostersund in 2016 spending three campaigns with the Swedish club.

He signed for French club Amiens in the summer of 2018 for €3.8 million becoming the first Iranian to ever play in the Ligue 1. He bagged four goals in 27 league matches for the club in his first campaign but unfortunately, he was unable to rescue the team from relegation as they currently play in the French Ligue 2, his predictions for scoring was also relatively due to his football activities on the pitch.

Playing as a prolific right-back, Sadegh Moharrami began his football career in the Persian Pro League with Malavan in 2013 before being sold to Persepolis in 2016, where he lifted the Iranian league twice and the Iranian Super Cup. In the summer of 2018, he was eventually sold to Croatia to join Dinamo Zagreb. Relying on his defensive and attacking skill, he spent two seasons with the club helping them lift the Croatian First Football League in 2018/19 and 2019/20 campaign.

He currently plays for Lokomotiva, a prolific club in the Croatian football league.

Being an Iranian football fan, you all should remember the name Ahmad Reza Abedzadeh, the Iranian legendary goalkeeper. Well, Amir Abedzadeh is the son of that legendary figure and he also plays the goalkeeping position.

The 27-year-old, who has won three caps for the Iran national team, currently plies his trade with Portuguese club Maritimo in the Primeira Liga. He joined the Portuguese club during the winter transfer window back in 2017. Before that, he played for Persepolis, Ran Ahan.

Alireza, who began his professional football career with Damash Gilan, currently plays as an attacking midfielder for English club Brighton & Hove Albion following his move from Eredivisie club AZ Alkmaar during the summer transfer window back in 2018 for £17 million fees.

In his first season with the English club, the 27-year-old player, who can be deployed as a winger, helped the club battle against relegation in the 2018/19 campaign. For the 2019/20 campaign, the Iranian was not able to make much impact on the team as he mostly on the sidelines due to injuries for the season.