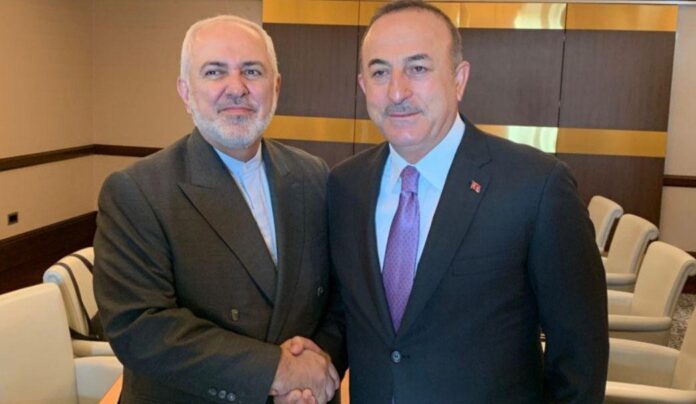 Iranian Foreign Minister Mohammad Javad Zarif has held talks with his Turkish counterpart Mevlut Cavusoglu during a working breakfast in the Azeri capital of Baku.

The talks came after a deal between Russian President Vladimir Putin and Turkish President Recep Tayyip Erdogan on a 10-point memorandum of understanding to end the conflict in northern Syria.

On Wednesday, Iran’s Foreign Ministry Spokesman Seyyed Abbas Mousavi hailed the agreement, and said Iran welcomes any move that would result in the maintenance of Syria’s territorial integrity, reinforcement of its national sovereignty, and return of stability and calm to the region.