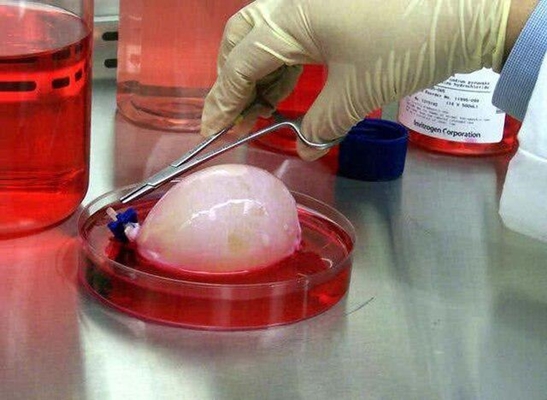 A group of Iranian researchers have developed an artificial bladder and conduit for the first time in the country.

A top researcher with the project said the team have been working on designing and making the artificial bladder for around four and a half years.

“Different technologies are used to develop artificial bladders; for example, materials like silicon, which is a material that shows no reaction to the body. This bladder is made with elements with high technology,” said Mohammad-Kazem Aghamir, the head of the Urology Research Centre of the Tehran University of Medical Sciences.

“In the advanced stages of bladder cancer, we have to remove the bladder from the patient’s body. In the world as well as in Iran, the standard operating procedure is that after the removal of the bladder from the patient’s body, a bladder is made from the colons, or a conduit is made from the colon and connected to the skin and [urinary] tract,” said the researcher.

He said the best way is to use a device which both reduces the duration of the operation and obviates the need to use colons as “tampering with colons has its own side effects.”

“By using an artificial bladder or conduit, doctors will no longer need to use the patient’s colon to make a bladder,” he said.

The researcher noted the technology is currently passing through the “animal model” and will go through the “human model” stages afterwards.

He underlined the changes that Iranian researchers have made in developing the artificial bladders are a medical first in the world.

He said the project has been patented, too.