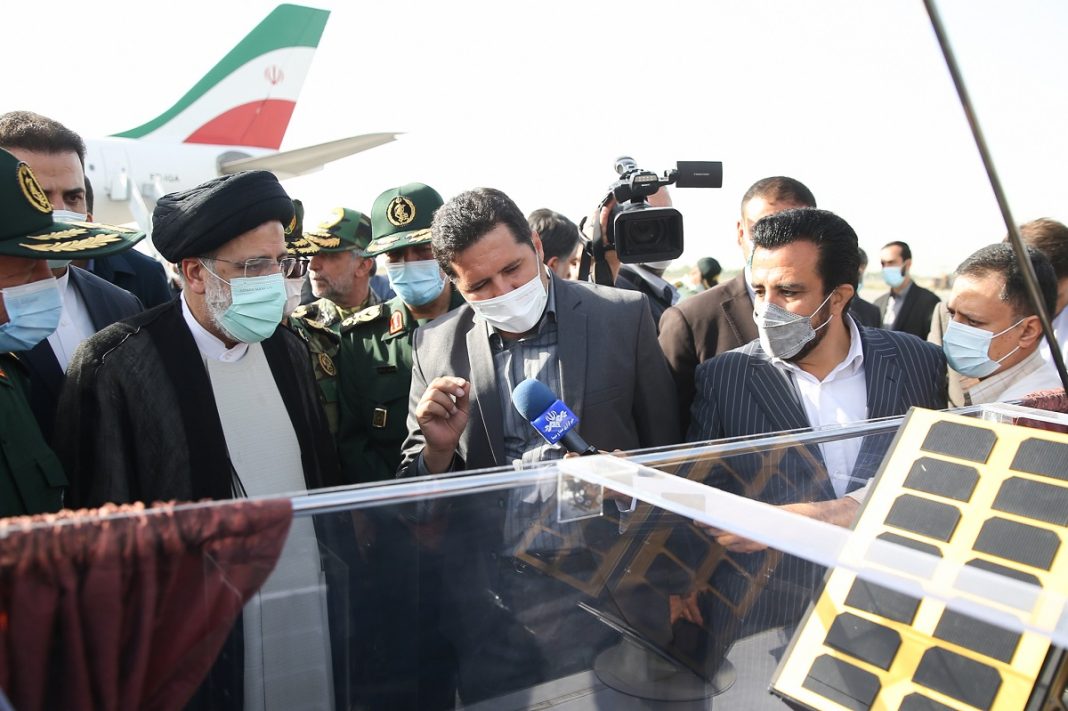 Authorities say OrumSat produces high resolution images and can be put in orbit at a cost of 600 thousand dollars that is much lower than compared to foreign items.

The president also visited other technological achievements at the exhibition including light and heavy aircraft, drones and other satellites made by Orumia’s innovators.

The exhibition was held at the Shahid Bakeri Airport.

Iran has made long strides in various technological and scientific fields despite being under heavy sanctions from its adversaries, most notably the United States.

During his 1-day stay in West Azabaijan province, Raisi will visit various construction and service projects and will meet with people from all walks of life.