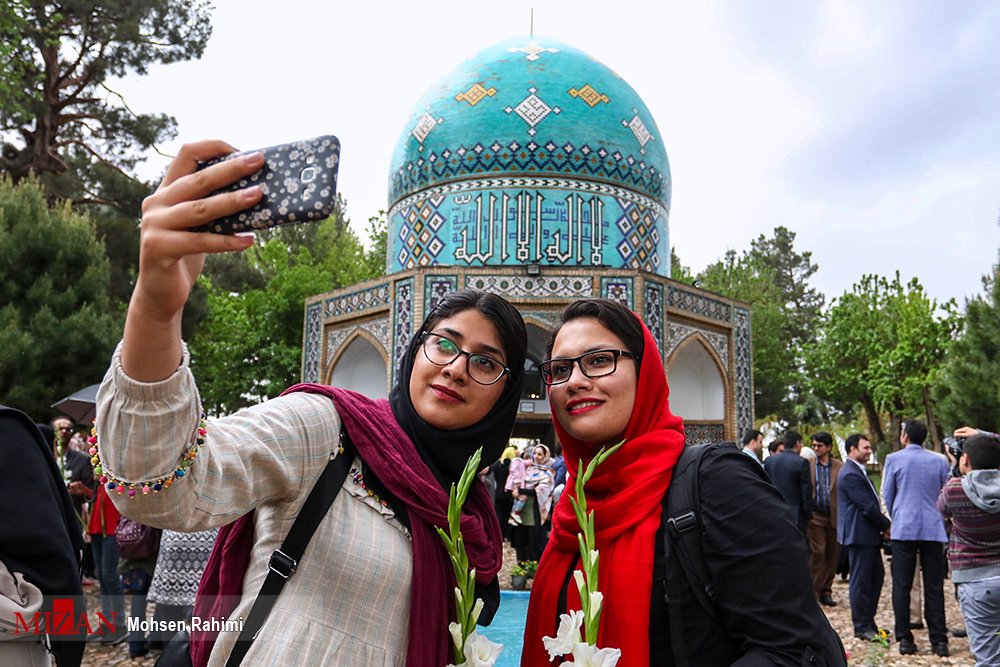 April 14 or Farvardin 25 in the Iranian calendar is the day to commemorate Attar of Nishapur, the Persian and Muslim poet, theoretician of Sufism, and hagiographer.

On this day, a group of people gathered around his mausoleum in the city of Neyshabour (Nishapur) in eastern Iran to pay respect to this great Persian-speaking poet.

The great 12th century Sufi poet Farid al-Din Attar is renowned as an author of superb short lyrics written in the Persian language.

Attar of Nishapur was not well known as a poet in his own lifetime, except at his home town, and his greatness as a mystic, a poet, and a master of narrative was not discovered until the 15th century.

Following you can find Mizan’s photos of the commemoration ceremony held in Neyshabour on Saturday: