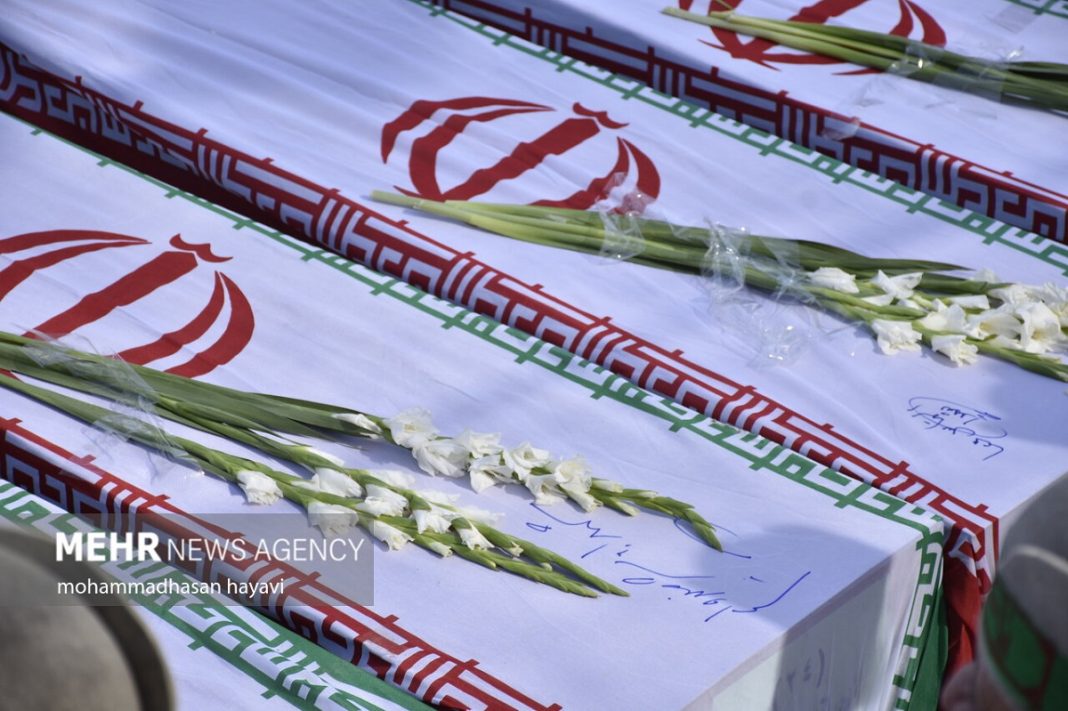 The bodies of 35 Iranian martyrs of the 1980s Iraqi war against Iran have been retrieved from the neighboring country and brought back home after over three decades.

The remains of the martyrs were repatriated via the southwestern Shalamcheh border crossing on Thursday.

Funeral processions were held for the martyrs in the cities of Khorramshahr and Abadan in southwestern Iran, that once were the warfronts during the imposed conflict of early 1980s.

The soldiers had lost their lives during various defense operations in the course of the eight-year Iraqi imposed war, known as the “Sacred Dense” era in the country.

Official figures say around 200,000 people were killed during the imposed war with hundreds remaining unaccounted for. Unofficial sources say the number of the fatalities are much higher.