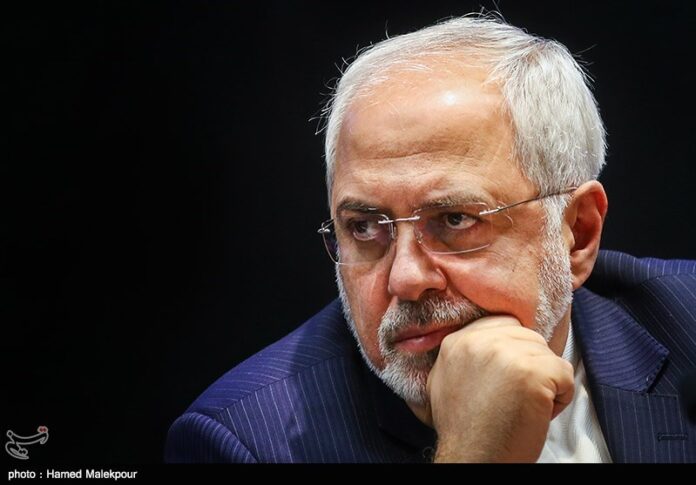 Iranian Foreign Minister has called on the US statesmen to refrain from making contradictory, worn-out and useless remarks and show that they have understood the realities of Iran.

Speaking in an interview with IRNA, Iranian Minister of Foreign Affairs Mohammad Javad Zarif said what the US statesmen need today, more than any other time in history, is to refrain from employing worn-out and useless rhetoric, be pragmatic in the remarks they make and display placid and rational behaviour, showing that they have understood Iran’s realities.

“US statesmen should have learnt their lessons very well from the history, particularly the events and trend of developments in the past four decades,” the Iranian top diplomat noted.

The Americans should know that, under no conditions, have they ever achieved favourable results using the language of sanctions and threats and uttering violent and hostile remarks against Iran and Iranians and will never manage to do so, he went on to say.

Iran’s top diplomat added that the former US statesmen and foreign policy officials also never managed to enact their unrealistic and flawed policies against Iran.

“One day, they send a letter to the US Congress and say that Iran has fulfilled all its commitments on the Joint Comprehensive Plan of Action (JCPOA) [signed between Iran and P5+1] and the next day, in contradictory statements, accuse Iran of harbouring nuclear ambitions, referring to the [nuclear] deal as an agreement to appease Tehran.”

Reiterating what he had posted on his Twitter on Thursday (April 20) in reaction to US Secretary of State Rex Tillerson, Zarif said by levelling unfounded accusations against Tehran, the US cannot retract its confession that Iran has fulfilled all its JCPOA commitments.

He said the US should know that it no longer will be able to divert the international community’s attention [from the nonfulfillment of its JCPOA commitments] by making baseless allegations, the falseness of which has been proved by the International Atomic Energy Agency (IAEA) after closing the possible military dimensions (PMD) file on Iran.

Referring to the repetition of unfounded anti-Iran claims by Tillerson and other US officials about terrorism and missile tests, Zarif said, “Iran maintains that its interests, and those of other countries, lie in subduing the unrestrained terrorism imposed on the entire region and the world far from all humanitarian standards, which has, unfortunately, been born out of and spread by the US miscalculations and imprudence and as a consequence of its regional partners’ calumnies about Iran over the past few decades.”

He stressed that undoubtedly, the Islamic Republic of Iran, as a leading country in the fight against this unblessed and ominous offspring, will continue to be in the forefront of the battle to establish peace and security in the region and the world.

The Iranian minister, once again, stressed the peaceful and defensive nature of Iran’s missile defence programs, saying they are the Iranian nation’s absolute and natural right which are not in contradiction to any of the international standards and regulations and the only criterion for the continuation of which is recognizing the defensive needs of the Iranian nation.

Zarif added the collective memory of all people and elites of the world remembers how an arrogant and totalitarian and belligerent dictator imposed a destructive and ominous war on Iran, its people and, even the world, and caused them to witness and suffer a terrible tragedy and, more ghastly than that, was supported by the world powers and a number of the regional states.

“Iranians will never let such bitter historical experiences happen to them again and, by no means, want to suffer the same irreparable losses and experience another devastating war. Iran’s missile defence systems have been deployed and are strengthened exactly to those ends. This policy is not against any country, is quite rational and aimed at bringing peace and stability to the region.”

The Iranian foreign minister also said in view of its experiences and as an independent state, the Islamic Republic of Iran will never allow others to pass tendentious remarks about its purely defensive and transparent policies.

There is no doubt that the interventionist comments and statements made by the US officials will fail to have any impacts on Iran’s deterrent and defensive programs, he added.

He called on the US officials to be pragmatic and realistic in making their remarks and moves, urging the US secretary of state to change the wrong direction he is following at present and honour his country’s commitments to the implementation of the JCPOA.

Zarif said, “As stressed by the Leader of the Islamic Revolution Ayatollah Seyyed Ali Khamenei, Iran will not be going to be the country to breach the JCPOA first. However, it is prepared to deal with any possible scenarios that may unfold to safeguard the interests of the Iranian nation.”