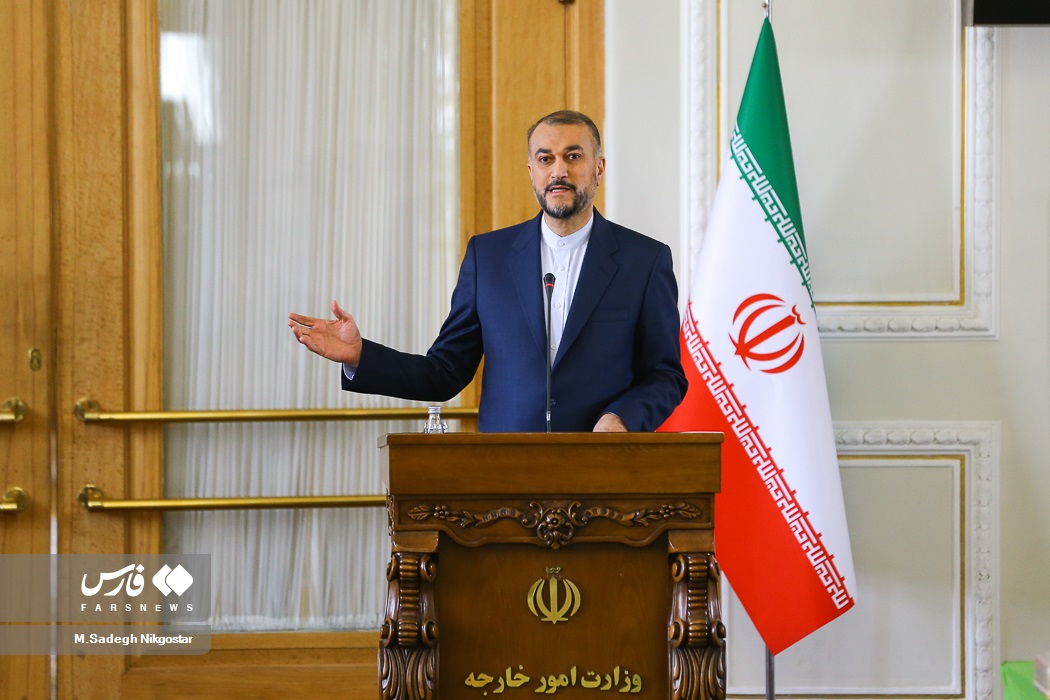 The Iranian foreign minister, in a phone conversation with his Ukrainian counterpart, has rejected the US national security advisor’s claim that Iran is sending drones to Russia for use in the Ukraine war.

Hossein Amirabdollahian said making such allegations at a time when US President Joe Biden is visiting occupied Palestine is aimed at achieving specific political goals and purposes.

Amirabdollahian added that Iran’s policy is based on this principle and Tehran is against any move that would lead to the continuation and escalation of hostilities.

Amirabdollahian said Iran’s principled and clear policy to oppose war and support for the stoppage of conflict is not based on double standards like the duplicitous approaches of some Western countries.

The top Iranian diplomat added that Tehran continues to do its utmost to end the war and resolve the Ukraine crisis through political means.

The Iranian foreign minister noted that Tehran is ready for the all-out expansion of ties with Kiev, especially in the economic and agricultural fields.

He underlined that Ukraine views continued contacts between the foreign ministers of Iran and Ukraine even during the tough days of the war as very precious.

The Ukrainian foreign minister declared readiness to expand all-out ties with Iran and said his country is prepared to open a new chapter in relations with the Islamic Republic.

Kuleba then outlined the latest state of the war in Ukraine and thanked Iran’s efforts toward truce and concentration on political settlement of the crisis.