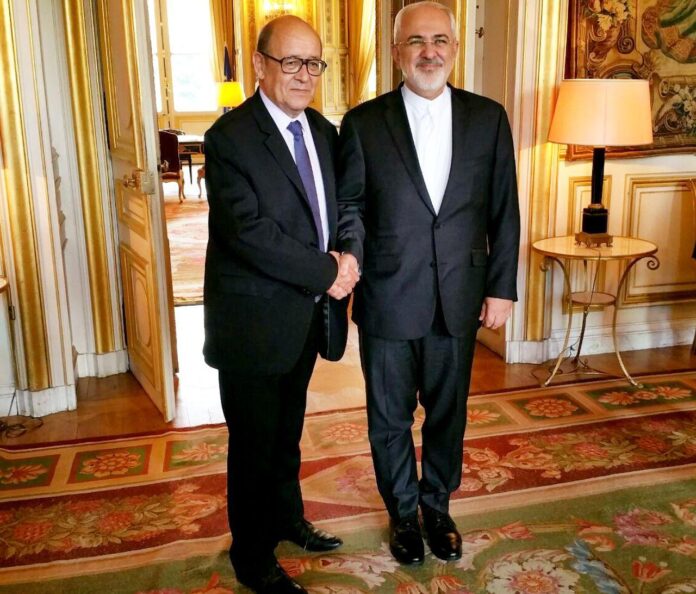 Iran’s Foreign Minister Mohammad Javad Zarif has held talks on issues of mutual interest with his French counterpart Jean-Yves Le Drian during his stay in Paris, the third destination of his European tour.

During the meeting held on Thursday night, Zarif hailed France’s role and efforts in the course of nuclear negotiations between Tehran and world powers.

“France played an important role in the achievement and successful implementation of JCPOA,” Zarif said, using the acronym for Joint Comprehensive Plan of Action, the nuclear deal between Iran and the P5+1.

The Iranian top diplomat also pointed to a recent report by the International Atomic Energy Agency (IAEA), which once again confirmed Iran’s full compliance with the nuclear deal, and stressed that the implementation of JCPOA is to the benefit of all countries.

Zarif further expressed the Islamic Republic’s willingness to develop its ties with France, particularly in the economic field.

The required capacities are available for Tehran-Paris cooperation, especially in the field of production and job creation, including the export of joint products from Iran to third countries, the Iranian foreign minister noted.

Zarif also urged that French banks play a more active role in their financial cooperation with Tehran, and certain banking restrictions are removed.

Le Drian, for his part, referred to France’s support for the nuclear deal, and stressed that different means have been used for the success of the JCPOA.

During the meeting, Zarif and Le Drian also discussed ways to deepen and promote bilateral relations, and exchanged views on latest regional issues including the developments in Syria, Iraq, and Persian Gulf littoral states.

After his meeting with the French foreign minister, Zarif took part in an official dinner attended by a group of well-known French thinkers, analysts, and senior journalists. 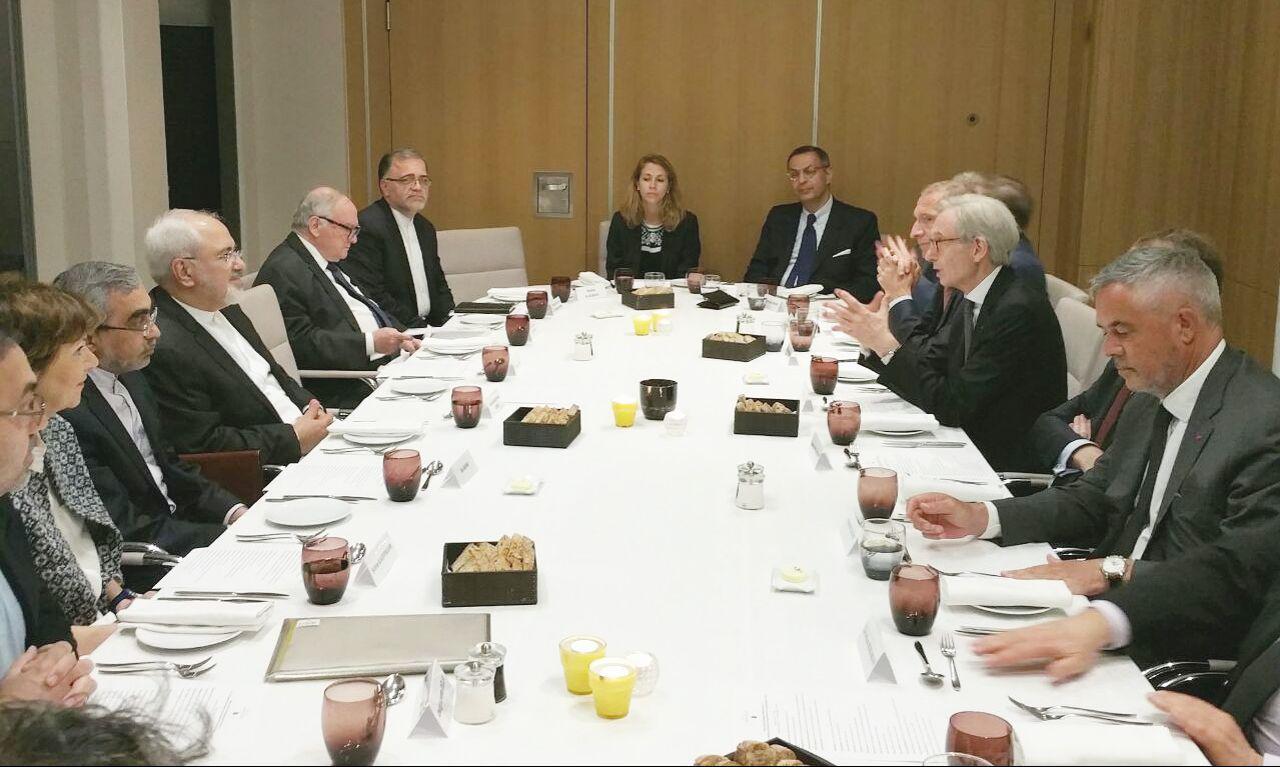