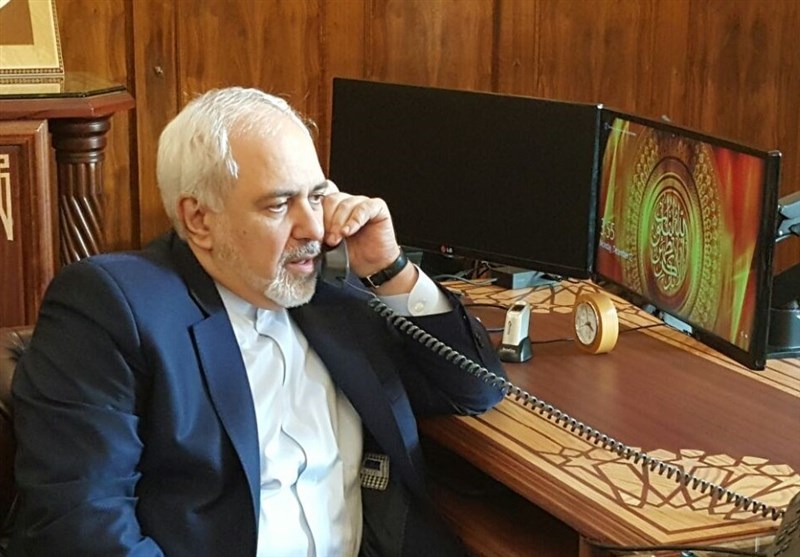 Iranian Foreign Minister Mohammad Javad Zarif on Wednesday held talks with his Russian and Turkish counterparts, Sergei Lavrov and Mevlut Cavusoglu, on the latest developments in the northwestern Syrian province of Aleppo after it was liberated from the grip of Takfiri terrorists.

Zarif, in separate telephone conversations with Lavrov and Cavusoglu, discussed the issues of ceasefire and humanitarian aid in Aleppo, as well as the latest developments across the Arab country.

The battle of Aleppo ended on Tuesday, as Takfiri militants and the Syrian government agreed to a ceasefire that would ensure opposition fighters’ exit from the city.

The Iranian foreign minister and his Russian opposite number also exchanged views on the implementation of last year’s nuclear deal between Tehran and world powers as well as the United States’ lack of commitment to the international agreement.

Earlier this month, the US Senate voted 99-0 to extend the Iran Sanctions Act (ISA) for another decade.

The bill was passed by the House of Representatives nearly unanimously in November, and congressional aides said they expected Obama would sign it.

Iranian President Hassan Rouhani has warned that implementation of ISA will constitute a “clear and flagrant violation of the JCPOA” and draw a “very harsh reaction” from Tehran.