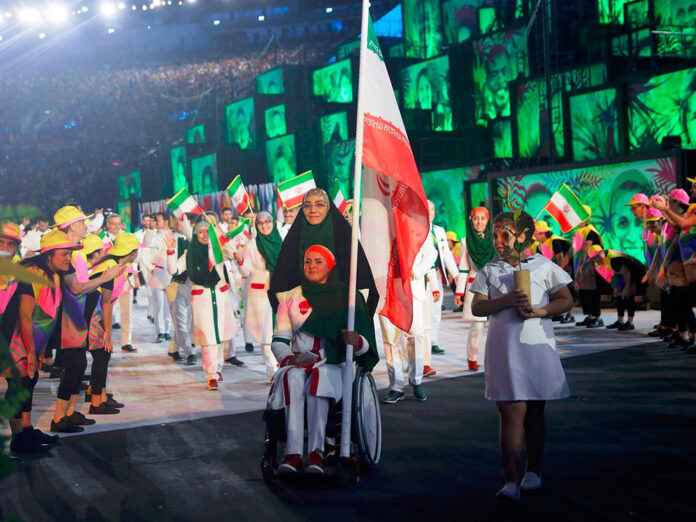 Hours after making her Olympic debut, Iranian archer Zahra Nemati carried her country’s flag in the opening ceremony on Friday.

The 31-year-old Nemati had hoped to represent Iran at the Olympics much earlier in life – and in taekwondo rather than archery.

Born in April 1985 in the southeastern Iranian city of Kerman, Nemati took up taekwondo when she was only eight.

A car accident as a teenager set the former black belt on a new sporting path after leaving her paralyzed. In 2003, she suffered a spinal injury during a road accident and both of her legs were paralyzed, according to media reports.

After spending two months in the hospital, she returned home in a wheelchair. This would have been the end of a sporting career for most people, but not for Nemati.

She picked up archery a few years later simply because, “I wanted to do some sport.”

On Friday, August 5, Nemati led Iranian athletes as the flag bearer during the opening ceremony of the Olympics in Rio de Janeiro.

It’s the start of a busy couple of months for Nemati in Rio de Janeiro. She’ll be pulling double duty and will be back next month for the Paralympics, where she’s the defending gold medallist in the individual recurve W1/W2. 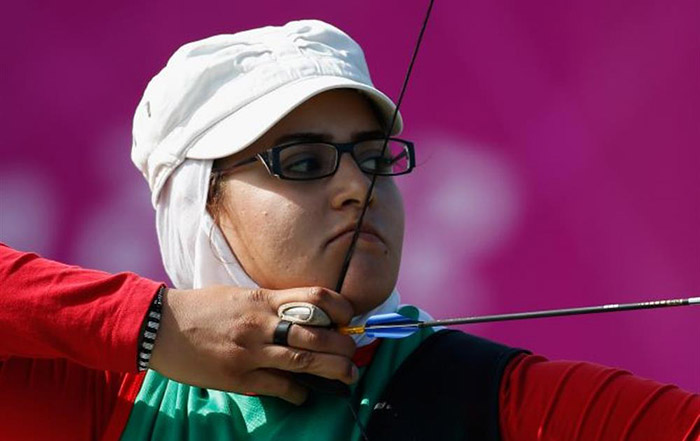 Nemati started her ambitious journey to a first Olympic medal ahead of Friday’s opening ceremony during archery’s qualifying round at the Sambadrome. She shot 72 arrows and accumulated a score of 609 – good for 49th position. The results from the qualifying round are used determine the seedings for the bracketed tournament next week.

“I want to make my goal and get the best result: to make my family and the people around me happy and let them know I’m OK and I’m strong,” she said.

There’s no questioning her talent in archery. Over the last few years, Nemati has turned in a few top-10 finishes at World Cup events. Just last year she was ninth at a tournament in Poland.

At the 2012 London Paralympics, she captured gold to become the first woman from Iran to do so, according to the Rio Olympics website.

Nemati earned her spot at both the Olympics and Paralympics with a strong performance at the 2015 Asian Championships and Asian Para Championships. 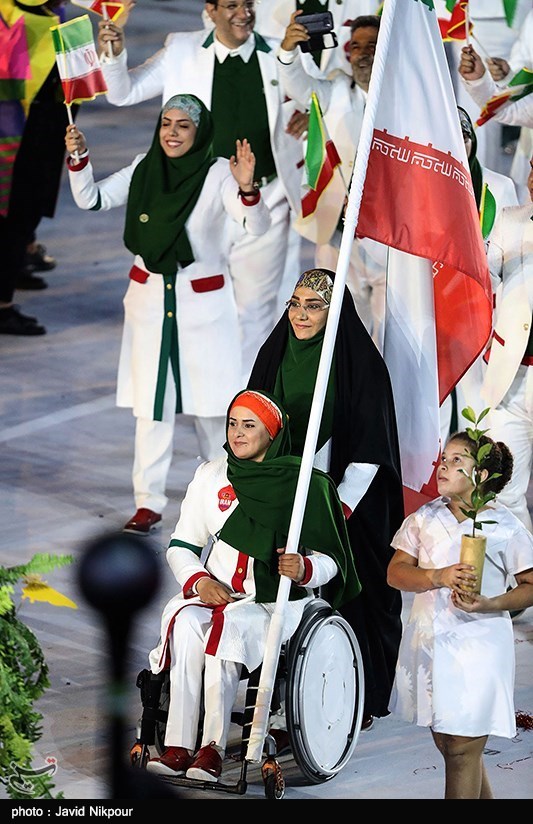 “I had a dream to be in the Olympics as I was doing taekwondo before my accident,” she said. “Now, this dream came true through archery.”

Nemati is hoping others in a similar situation will follow her path and has been named a United Nations ambassador for her role in empowering women through sport.

“For me, it means a lot to make the people who have big problems in their lives happy,” Nemati said.

Arriving in the stadium in a wheelchair, wearing a green head covering, a smiling Nemati was the flag bearer for a team made up overwhelmingly of men.