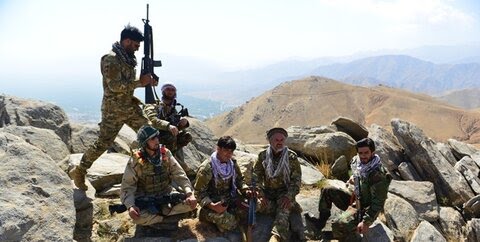 A conservative Iranian daily says Tehran’s approach toward Afghanistan is “straightforward and wise.”

Kayhan wrote in an article that Iran is opposed to foreign interference in Afghanistan and supports the establishment of a national government based on the vote of all ethnic and religious groups.

Iran also wants the rights of all to be respected in Afghanistan, the newspaper added.

“In Iraq, too, the Islamic Republic of Iran adopted the same approach and left the occupiers in stalemate,” Kayhan added.

“And when terrorists launched a proxy war, Iran did not get involved directly; rather, Iran mostly had an advisory role aimed at mobilizing the general public to defend the country; Iran has done the same in Lebanon, Syria and Palestine, too,” the daily explained.

“Of course, Afghanistan has key differences with Iraq and even Syria in terms of demographic, ethnic and religious makeup,” the paper said.

“Anyway, what is surprising and raises eyebrows is the question why some individuals whose signature motto has been ‘neither Gaza, nor Lebanon’ have suddenly come to call for Iran’s intervention in Afghanistan,” Kayhan wrote.

“Of course, it is important in its own right that these few but vociferous individuals are, by kicking up a fuss, trying to create the impression that they represent the public opinion,” the newspaper said.

This comes as Iran has condemned in the strongest terms the Taliban attacks against the Panjshir Valley, saying the Taliban must live up to their commitments, while expressing concern about the news emerging from the province.

The Taliban claimed on Monday that it had taken complete control of Panjshir, three weeks after taking over the country’s capital, Kabul. The Panjshir-based National Resistance Front disputed the claim.