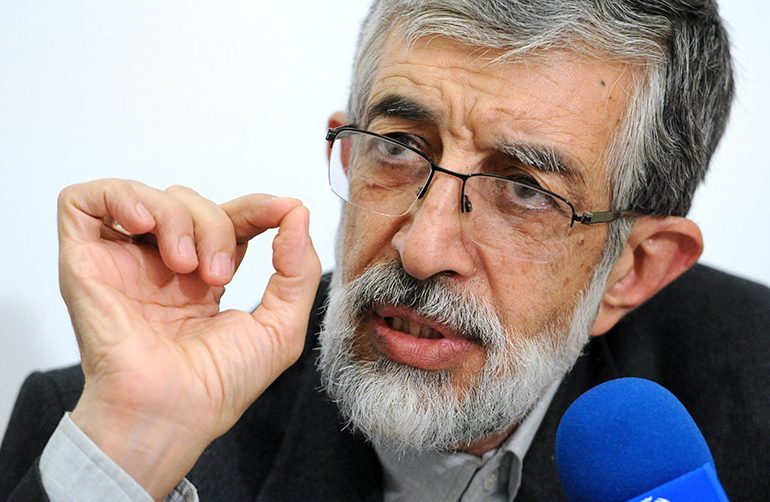 A senior Iranian conservative maintains that it is highly unlikely that the right-wing party will field a female candidate for Iran’s upcoming presidential election.

Former speaker of the Iranian Parliament, Gholam-Ali Haddad Adel, believes that it would be highly improbable that the Iranian conservatives put up a female candidate in Iran’s presidential election due to be held on 19 May 2017.

Commenting on the forthcoming presidential election and the conservative party’s plan for it, he said the May election is required to be competitive, adding the move by the Popular Front of Islamic Revolution Forces [a new conservative party] to take part in it will be serious and steady.

According to a Farsi report by Borna News Agency, Haddad Adel also referred to the speculations about conservatives’ unity in the upcoming votes, and said one of the responsibilities of the Popular Front of Islamic Revolution Forces is to bring about unity among the faction’s members.

Commenting on the conservatives’ acceptance of the nominee due to be proposed by the Popular Front of Islamic Revolution Forces, Haddad Adel noted that efforts are underway to align all the parties with the Popular Front and help them achieve a consensus in this regard.

Expounding on the conservatives’ meetings about the forthcoming presidential elections, he said these sessions are currently being held, adding, they were held in the past and will be held in the future.

On the conservative party’s options for presidential candidacy, he dismissed the possibility that the party would field a female candidate, and said no decision has been made in this regard yet.