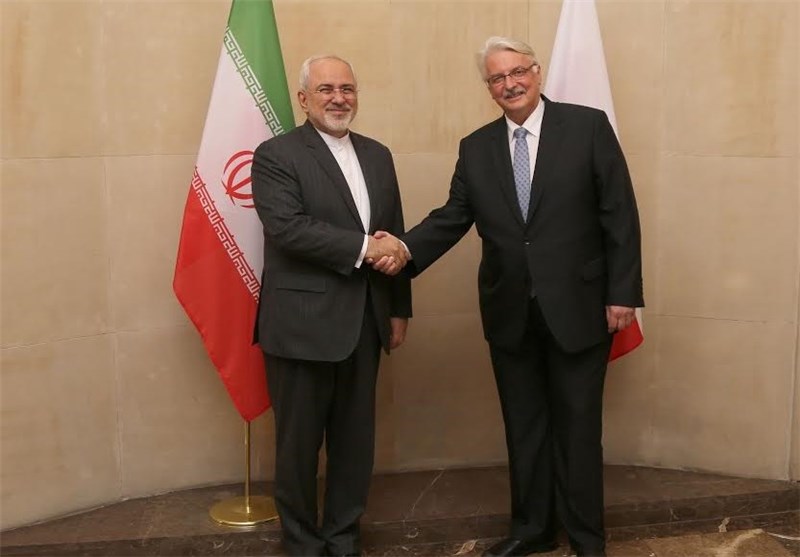 Iranian Foreign Minister Mohammad Javad Zarif and his Polish counterpart Witold Waszczykowski discussed a range of issues at a meeting in Warsaw, and signed a memorandum of understanding (MoU) on periodic political consultation between the two countries.

The Iranian Foreign Minister arrived in Poland on Sunday as part of his European tour, which will later take him to Finland, Sweden, and Latvia.

In the meeting on Sunday evening, May 29, Zarif and Waszczykowski discussed Tehran-Warsaw relations before signing the memorandum of understanding in a ceremony.

Thereafter, the two ministers, accompanied by delegations, attended a formal dinner and held talks on different grounds for economic cooperation, as in energy and banking ties, as well as other international issues, such as the West Asia conflicts and the migration crisis.

“I’m convinced that our (Warsaw) ambassador’s wish for our annual bilateral turnover to reach $1bn will come true,” Zarif told a joint press conference with Waszczykowski, a former ambassador to Tehran.

The Polish diplomat, for his part, said, “We’ve always felt that Iran was part of the solution, not part of the problem.”

“After years of marginalization and even ostracism, Iran is coming back to the international stage as an important partner – an important player that will influence positive global solutions,” he added.

Travelling with a mostly private sector Iranian business delegation, Foreign Minister Zarif is due to attend a Polish-Iranian business forum in Warsaw on Monday, before leaving for Helsinki.