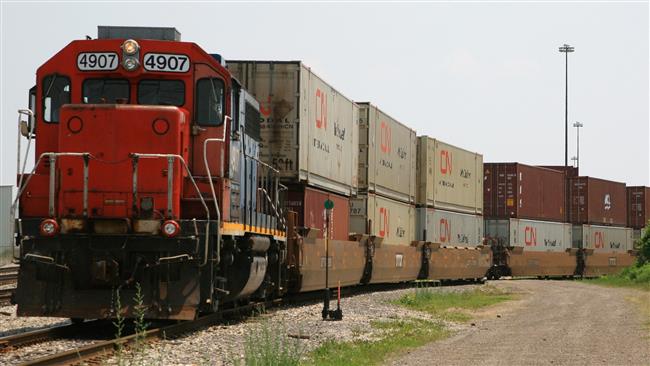 Iran and Pakistan have agreed to resume rail freight transport between the provincial capitals of the two neighbours’ border regions.

The agreement was reached during a trip to Pakistan by the regional director of Iran’s Rail Transportation Co., Seyyed Mostafa Davoudi.

The two sides agreed to recommence rail freight transport between Zahedan, the provincial capital of Sistan-Baluchistan in Iran’s southeast, and Quetta, the main city in Pakistan’s southwestern Balochistan Province.

The deal reopens a route for weekly freight train transport, one which has mostly been blocked over the past few years.

Back in March, Iranian President Hassan Rouhani paid a two-day state visit to Pakistan. His trip was aimed at enhancing bilateral trade and economic ties with the neighbouring country.

Tehran and Islamabad then agreed to adopt necessary strategies and make use of their capacities to increase the volume of bilateral trade.

Speaking at a business conference with Rouhani on March 26, Pakistani Prime Minister Nawaz Sharif said Islamabad and Tehran had signed an agreement to increase their annual trade volume to $5bn by 2021.

In the presence of the Iranian president and the Pakistani premier, the two countries’ officials signed six documents for cooperation in different fields, including trade and commerce, insurance, culture, higher education, health and medicine.