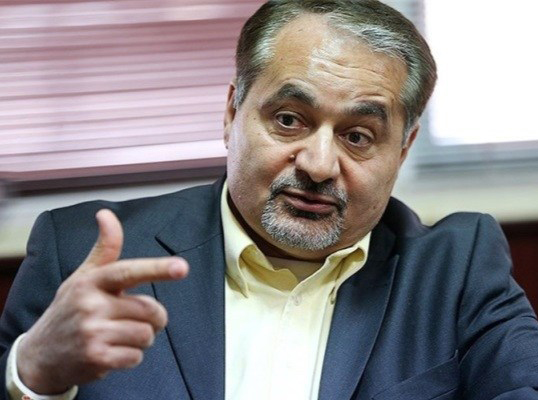 In a recent op-ed in the New York Times, Iranian political analysts Seyyed Hossein Mousavian and Reza Nasiri warned US President Barack Obama that if the nuclear deal between Iran and world powers fails, the existing mistrust of the US would deepen among Iranian people.

The article was published with the title Obama Needs to Protect the Iran Deal. Here is the original text, as covered by Fararu.

The United States, along with France, Germany, Britain, China and Russia, reached a historic deal with Iran last July that lifted most sanctions in return for curbs on Iran’s nuclear program. The deal, codified in the Joint Comprehensive Plan of Action and endorsed by the United Nations Security Council Resolution 2231, specifically includes allowing non-American banks to operate in Iran.

But European banks are still reluctant to enter Iran because they have no solid legal assurance from Washington that its enforcement agencies would not later sue them for violating residual American sanction laws that predate the nuclear negotiations. These laws are complex and ambiguous even to sophisticated legal departments in European banks. So the banks, understandably, have been unwilling to do business with Iran and risk fines in the billions of dollars if they unwittingly violate the rules.

That reluctance has made some critics of the historic nuclear deal question its ultimate value as a stabilizing factor in international relations and an enduring barrier to nuclear proliferation.

So far, political commitments by Secretary of State John Kerry and his Western counterparts not to pursue the banks have not had their intended confidence-building effect.

In Brussels recently, Kerry, along with the European Union’s foreign policy leader, Federica Mogherini, and their counterparts from France, Germany and Britain, pledged that their governments would encourage investments in Iran by European Union banks. They even issued a joint statement that they would “not stand in the way of permitted business activity with Iran.”

Nevertheless, European banks remain uncomfortable relying on mere words. And there is no vigorous action from the American administration to better facilitate Iran’s access to the global financial system.

One result is that a narrative is emerging in Iran that the United States has failed to live up to a key commitment under the nuclear agreement. Ayatollah Ali Khamenei, Iran’s supreme leader, recently warned that “anyone who has ever trusted America was eventually slapped by it,” and many other officials — some of whom one of the authors, Mousavian, recently met in Tehran — are increasingly upset with the United States’ performance.

If this narrative gains momentum and wipes out the sense of hope and optimism that the nuclear deal brought to Iran’s business community and its general public, we risk re-entering the tired old path of mistrust and antagonism — a lose-lose paradigm for Iran, the United States, the Middle East and beyond. It would be difficult for the two countries to cooperate on other global, regional or bilateral issues. And if Iranian public opinion turned despondent, that alone would constitute a major obstacle to any foreseeable rapprochement.

To avoid that outcome, and allow full implementation of the nuclear deal, European and other non-American banks want concrete legal assurances from the United States government that they would not be punished if they entered Iran.

We firmly believe that Obama has the power to provide such assurance, and that he should use it now.

To be specific, he should officially instruct his attorney general, and all subordinate American enforcement agencies, to refrain from prosecuting non-United States banks that wish to work with Iran. In other words, he should call a moratorium on American prosecution of foreign firms, sending the clear message that prosecution would not be the norm, but an improbable exception.

Such action would not be far-fetched. In fact, we believe that a strong case can be made that it would have precedents in the foreign-policy and constitutional history of the United States. For example, in 1831, Andrew Jackson’s attorney general, Roger B. Taney, issued a legal opinion in a case known as “Jewels of the Princess of Orange,” stating that the president, in his constitutional roles overseeing the execution of laws and conducting foreign affairs, also had the power to decide not to prosecute.

Since then, there have been other instances of presidential uses of executive power over law enforcement that have gradually consolidated the principle that the president, not courts or prosecutors, makes foreign policy. In 1981, for example, the Supreme Court in Dames & Moore v. Regan supported Ronald Reagan’s power to redirect a private claim against Iran to an independent claims tribunal in the Netherlands.

In sum, if the president finds that Washington politics make it impossible for him to work with Republicans to adapt domestic laws to the United States’ foreign-policy needs (and, at this point, to American obligations under international law), we believe that he can, and should, at least use his authority over law enforcement and foreign policy to protect the achievements of the nuclear deal.

The Iranian leadership, and with it the Iranian public, strongly believe that the American president has enough power and authority to solve the banking problem, and expect Obama to act accordingly. We believe that European countries share this expectation.

But time is running out, and nobody can be sure of the outcome of the coming presidential election. So Obama must act as quickly as possible. Prompt and specific reassurances from the administration that foreign banks would not be punished for conducting legitimate business with Iran would give financial institutions enough time to shape and sufficiently develop their business ties with Iran. That, in turn, would make it difficult for any new administration to reverse Obama’s policy of constructive engagement.

In other words, we believe that the remaining days of the Obama administration should be devoted to consolidating and stabilizing the post-agreement international order, and the numerous economic, political and security benefits it could bring everyone.

In the same vein, it is also said in Tehran that a few serious and sizable American investments in Iran — in fields allowable under current American laws — would send a very positive message to America’s allies, and allay the fear of other Western actors who might still be reluctant to enter the Iranian sphere.

Seyyed Hossein Mousavian, a scholar at Princeton, is a former head of the Foreign Relations Committee of Iran’s National Security Council, and the author of “Iran and the United States: An Insider’s View on the Failed Past and the Road to Peace.”

Reza Nasri is an international law expert at the Graduate Institute of International and Development Studies in Geneva who specializes in charter law, comparative law and legal aspects of Iran’s nuclear dossier.