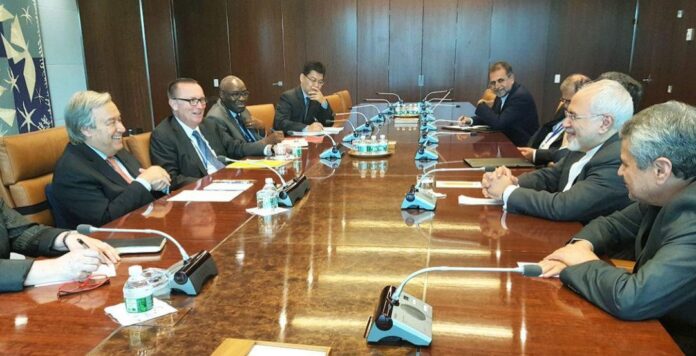 During the meeting held in New York, Zarif and Guterres discussed the nuclear deal between Iran and world powers as well as various regional and international issues.

The Iranian top diplomat earlier met with President of the UN General Assembly Miroslav Lajčák. The two sides conferred on the Iran nuclear deal, regional issues, and the most important global challenges including terrorism and immigration. 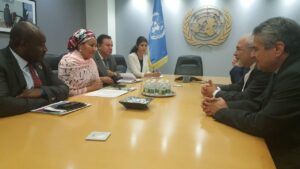 Zarif also held a meeting with Deputy Secretary-General of the United Nations Amina J. Mohammed, during which they discussed various issues, including humanitarian affairs, environmental issues, terrorism, and modifying the United Nations’ structure.

Back in Tuesday, the Iranian FM held talks with the UN Under-Secretary-General for Humanitarian Affairs, Mark Lowcock, and discussed with him the latest status of Rohingya Muslims, humanitarian situation in Yemen and also humanitarian assistance to the Syrian people.

A meeting with Under-Secretary-General of the United Nations Counter-Terrorism Office, Vladimir Ivanovich Voronkov, was also on Zarif’s agenda on Tuesday. 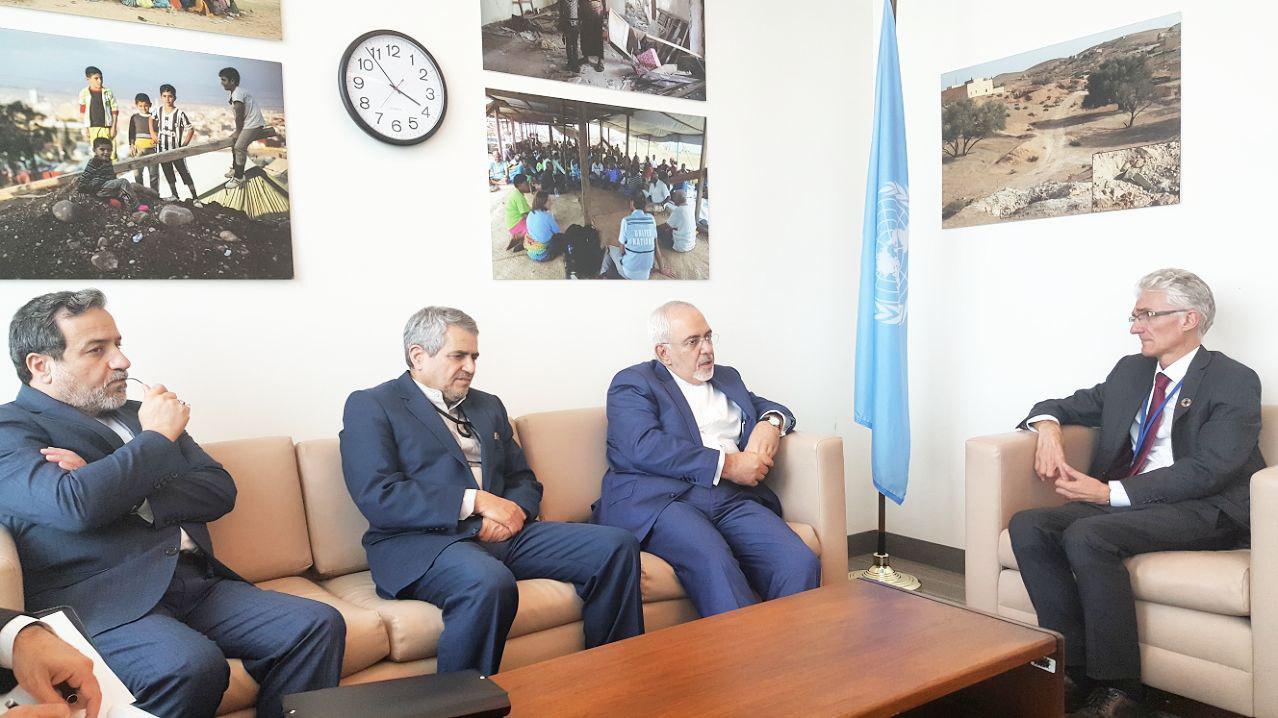