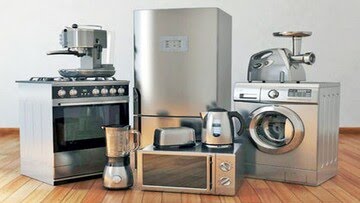 Tens of thousands of Iranians working at home appliance manufacturing companies have signed a petition, calling for a ban on imports of foreign products.

The petition was put on display during Iranian Parliament’s open session on Wednesday.

The petition reads, “We, Iranian workers and engineers at home appliance companies, have managed to make Iran self-sufficient in the field under sanctions and very difficult circumstances and are able now to meet domestic demands. We here announce our firm opposition to the return of foreign products”.

The signatories also warned officials not to endanger jobs and livelihoods of Iranian workers.

Reports say foreign manufacturers of home appliances are likely to return to Iran after they left the country amid mounting US sanctions under former president Donald Trump.

An Iranian MP recently called for barring South Korean companies LG and Samsung from returning to the Iranian market.

Meanwhile, a source close to the Iranian home appliances guild union says the US is pave the way for the return of Samsung and LG to Iran so that they pay back South Korea’s debt to Iran through supplying the Iranian market with home appliances. South Korea has failed to pay back its debt, blaming its failure to do so on anti-Iran US sanctions.