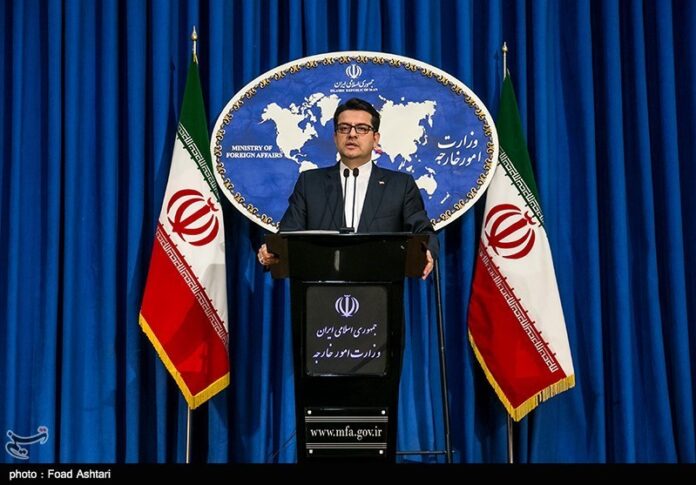 Iranian Foreign Ministry Spokesman Seyed Abbas Mousavi warned that if the European parties to the 2015 nuclear deal continue failing to live up to their obligations, the Islamic Republic will take the third step to reduce its nuclear commitments after 60 days.

Speaking at his weekly press conference in Tehran on Monday, Mousavi pointed to the recent remarks by some Iranian officials about scaling down the country’s nuclear undertakings and said, “We have started these countermeasures and reduction of our (commitments) under the JCPOA and announced that there is no proportionality between the duties and rights of Iran and the actions of the other parties, especially the Europeans.”

“We would announce the third step after 60 days and are still examining (the issue),” he said, adding, “If the other parties, especially the Europeans, do not fulfill their obligations, the third step of Iran will be firmer.”

“Our next step will also be in the legal framework mentioned in paragraphs 26 and 36 of the Joint Comprehensive Plan of Action (JCPOA) unless some countries want to take strange actions in which case, we will take a final step,” the spokesman went on to say.

“Whenever we are convinced that the measures done (by the EU) are something that is close to our expectations and demands, these (steps) can be reversed,” Mousavi stated.

President Hassan Rouhani had warned on Wednesday that the second step of reduction in Iran’s commitments would take place on Sunday, saying, “On July 7, the level of (uranium) enrichment in Iran will not be 3.67 percent anymore, as we will abandon such a commitment and increase it (enrichment) to any amount that we need.”

Iran maintains that the new measures are not designed to harm the Joint Comprehensive Plan of Action (JCPOA), but to save the accord by creating a balance in the commitments.

The accord took effect in January 2016 and was supposed to terminate all nuclear-related sanctions against Iran all at once, but its implementation was hampered by the US policies and its eventual withdrawal from the deal.

On May 8, 2018, US President Donald Trump pulled his country out of the nuclear accord.

Following the US withdrawal, Iran and the remaining parties launched talks to save the deal.

However, the EU’s failure of ensure Iran’s economic interests forced Tehran to stop honoring certain commitments, including an unlimited rise in the stockpile of enriched uranium.