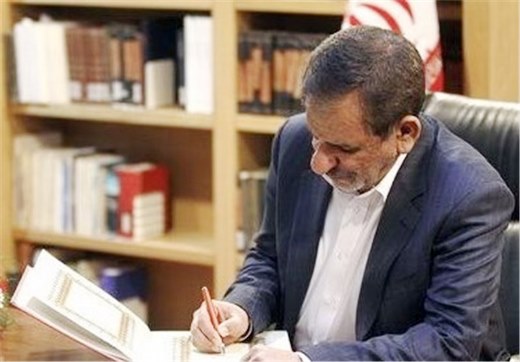 Iranian First Vice-President Eshaq Jahangiri offered his congratulations to Muslim nations around the world on the occasion of the holy fasting month of Ramadan, which started on either Monday or Tuesday in different countries.

In separate messages to his counterparts in Islamic countries on Tuesday June 7, Jahangiri congratulated Muslim people and governments on the auspicious occasion.

He further expressed the hope that during the holy month, there will be closer brotherly ties among Muslim nations and peace and security will be established in the Islamic Ummah (community).

On Monday, Iranian President Hassan Rouhani also congratulated the heads of state and governments of Muslim countries on the advent of Ramadan.

Ramadan is the ninth month of the Islamic calendar, and a time when Muslims across the world fast during the hours of daylight. Muslims’ holy book, the Quran, was first revealed to the Prophet Mohammad (PBUH) during this month.