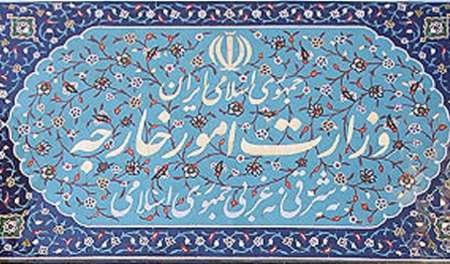 The Iranian Foreign Ministry in a statement hailed the Israeli-Palestinian truce as a victory gained over the Zionist regime through the resistance of the people in Gaza.

“This victory showed again that the only way to restore the rights of the Palestinian people is emphasizing on the line of resistance against the expansionism of the Zionist regime, and that occupiers and usurpers of the Palestinian nation’s rights didn’t and won’t have any choice but to admit defeat in their confrontation against such a strong morale and faith,” the statement said on Wednesday.

The foreign ministry underscored Iran’s continued support for the resistance of the Palestinian people, and expressed its condolences and sympathy for the bereaved families of the Palestinians martyred and injured in the Zionist regime’s recent attacks on Gaza Strip.

“The Islamic Republic of Iran believes that this victory is a prelude and harbinger of the eventual freedom of all the occupied territories, including the holy Quds, from the hands of the Zionist occupiers,” the statement concluded.

Joyous Palestinians streamed into the streets of Gaza and celebrated victory after seven weeks of resistance against the Israeli offensive.

On Tuesday, Palestinian groups and Egyptian mediators confirmed that the Cairo-based talks ended in truce.

Palestinian and Egyptian officials said the deal calls for an indefinite halt to the war, the immediate opening of Gaza’s blockaded crossings with Israel and Egypt and a widening of the territory’s fishing zone in the Mediterranean.

Under a second stage of the truce that would begin a month later, Israel and the Palestinians would discuss the construction of a Gaza sea port and Israel’s release of Hamas prisoners in the occupied West Bank.

The Iranian officials, including President Hassan Rouhani, have also earlier hailed the Palestinian people in Gaza for keeping their spirits high despite the Zionist regime’s aggression, and said this is while the Israelis are feeling growing fear of the resistance forces’ attacks.

Addressing a gathering of clerics in Tehran late July, President Rouhani referred to the fear felt by the Zionist regime of the Palestinians’ attacks, and said during the last days of war Tel Aviv has come under the Gazans’ missile attacks for the first time, Ben Gurion airport has been closed and over 4 millions of Israelis went to the basements for the first time to save themselves from the Palestinians’ missile attacks.

Hamas’s hitting of Ben Gurion airport made air carriers in the United States and Europe halt flights to Tel Aviv after warnings from governmental agencies concerned about passenger safety.

“The carriers are making the right call,” said Robert Mann, an airline consultant in Port Washington, New York, at the time. “They are ultimately legally responsible for their operations and thus, they have to be at least as cautious and in many cases more cautious than any guideline that they are given.”

The Israeli officials, including Prime Minister Netanyahu, called for US airlines to resume flights to Israel.

But a senior Obama administration official said, “We’re not going to overrule the FAA, period… when a rocket lands a mile from that airport, that kind of trips their wire.”

Strictly speaking Ben Gurion airport, near Tel Aviv, belongs to the Palestinians anyway. It was formerly Lydda airport; and Lydda, a major town in its own right during the British mandate, was designated Palestinian in the 1947 UN Partition. In July 1948 Israeli terrorist troops seized Lydda, shot up the town and drove out the population as part of their ethnic cleansing program. In the process they massacred 426 men, women, and children. 176 of them were slaughtered in the town’s main mosque.

More than 2,150 Palestinians, including around 570 children, have been killed since Israel launched its onslaught on Gaza on July 8. Some 11,100 others have been wounded.