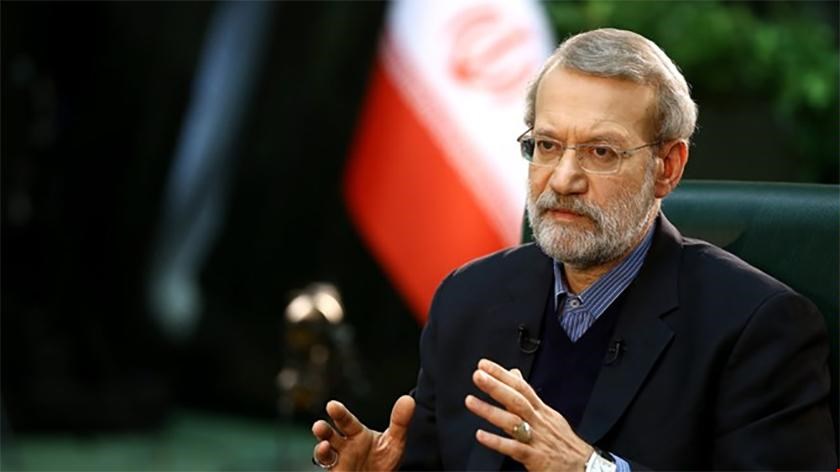 Ali Larijani, the former Parliament Speaker who has run for president in the June elections, says cooperation between Tehran and Washington is possible if the White House makes the right choice in the Vienna talks on the nuclear deal.

Larijani made the comment in an interview with Al-Mayadeen news channel, when asked about the possibility of direct negotiation between Iran and the US.

“This depends on the choice the US makes in the dilemma it faces. If, in the nuclear talks [in Vienna], it shows it has corrected its past behavior and wants to pick a new path with Iran, this can affect the relation between Iran and the US in the future,” he said.

Larijani further mentioned the Islamic revolution leader’s comments on the nuclear deal, where he said the nuclear deal can affect the relations with the US and “other jobs can be defined” if they show honesty and act accordingly. The presidential hopeful said the US missed that opportunity and thought putting economic pressure on Iran will get them somewhere, but they failed. He said the US now faces another choice. He noted that there will be no hope if they make another mistake, adding that there will be space for cooperation, if they make the right decision.

The presidential hopeful also said there is no simple answer to whether the US can be trusted and whether the Biden administration will remove all restriction on Iran at once and not gradually.

“I think currently there is no single-line answer to this question. How it [the US] acts should be tested. What the [Islamic Revolution] leader said is right. Americans have shown that they easily destroy an agreement after signing up to it.

Just like the nuclear deal. The US was the country that effectively left the table and this marred their own image. Now Mr. Biden has said he wants to make up for all those mistakes.

So there should be a logic and basics should be worked out to ensure such mistakes are not repeated,” he said.

Larijani was also asked how his stance on the 2015 nuclear deal (Joint Comprehensive Plan of Action) will affect his election prospects. He said candidates’ position on the issue has been clear all along, so this will not significantly affect their election prospects.

Larijani said he has supported the nuclear deal and continues to do so. But he warned against making haste on the issue.

“We should not be in a hurry [to get the deal back on track] for the election, so that the other party does not exploit this. I have supported the nuclear deal and I support getting it done now and it should not be put off.

But I do not agree with doing it hastily, lest it hurts national interests. I hope the foreign ministry does the job carefully and all sections of the government help the process.

As the leader said, hastening the agreement even by an hour would be in the interest of the people,” he said.