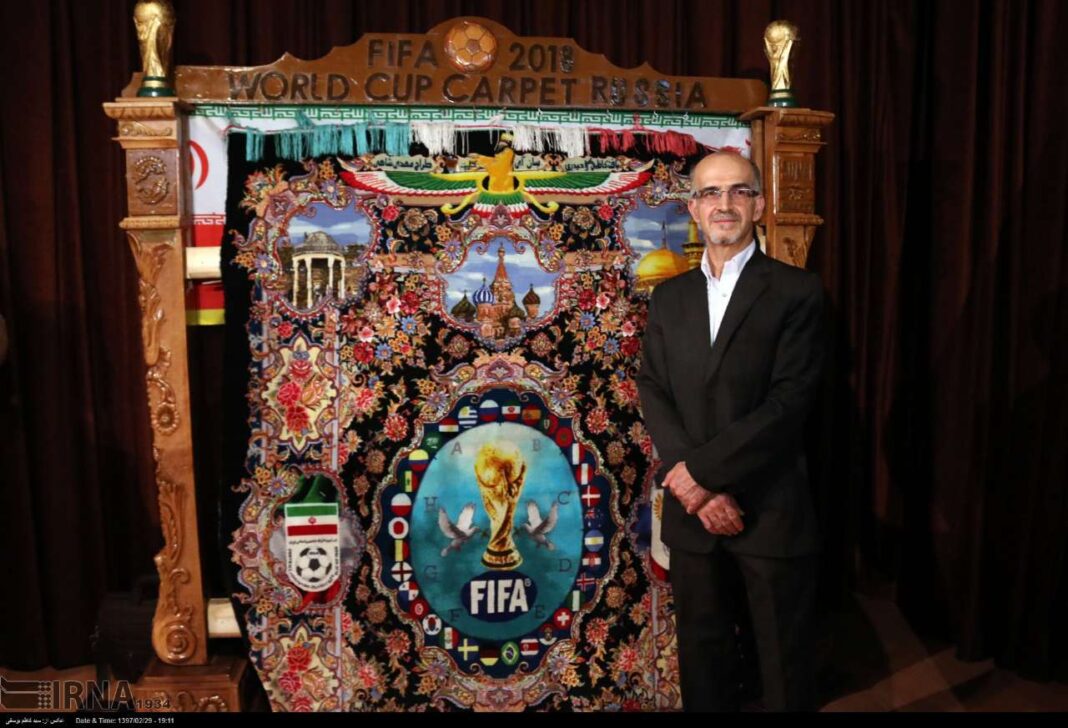 Seven exquisite hand-knotted Persian carpets commemorating the 2018 Fédération Internationale de Football Association (FIFA) World Cup in Russia have been put on display during a ceremony in the northwestern Iranian city of Tabriz.

Hossein Kazemi-Hamed, the weaver of the carpets, expressed his profound gratitude to Tabriz Mayor Iraj Shahin-Baher and veteran athletes of East Azarbaijan province as people gathered to get a glimpse of the works of art.

Kazemi-Hamed added that weaving the seven carpets took six and half a months to complete.

The Iranian artists noted that three of the carpets will be presented to the captains of Morocco, Portugal and Spain men’s national football teams in the group stage of the FIFA World Cup, while three others will be donated to the Russian Football Union, the FIFA World Football Museum and the Astan Quds Razavi Central Museum in the holy northeastern Iranian city of Mashhad.

The seventh carpet will be given to the Iran men’s national football team, domestically known as Team Melli, in case it manages to advance to the next level.