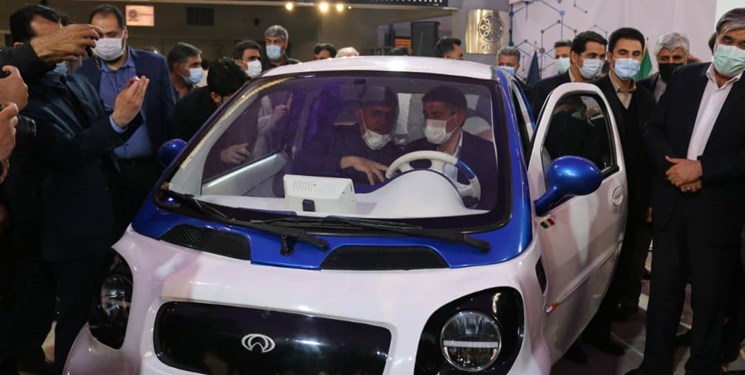 The vehicle, dubbed Oxygen, was unveiled by Khodro Sazan Jonoob company in the southern city of Shiraz.

Secretary General of the Chamber of Commerce of Alborz Province said at the unveiling ceremony that an IT company in the province is in charge of making the vehicle smart.

Faraz Jebeli said the vehicle is planned to be jointly produced by the KSJ company and Iran’s Telecommunications Company in the form of a joint venture.

The official noted that the vehicle has been produced using domestic expertise with the aim of manufacturing a los-cost product, that consume little fuel.

He said the private sector, and especially the chambers of commerce, are trying to use new technological plans, offered by knowledge-based companies, to complete existing manufacturing projects and create new industrial production lines.

Jebeli said Oxygen is a small 2.5*1.5 m vehicle that meet all design and production standards, and is the lowest cost two-passenger car in the world.

He said the vehicle uses a 15-kw engine that charges a lithium ion battery. This enables it to travel almost 220 kilometers on one charge.

He said only 20 percent of the parts used in the vehicle are imported from other countries, adding that next steps ahead of the manufacturer is increasing the range of the vehicle and producing larger electric models.