Iran Front Page
Home Politics Foreign Policy Iran, Turkey Vow to Do Their Best to Save Syrian Lives in... 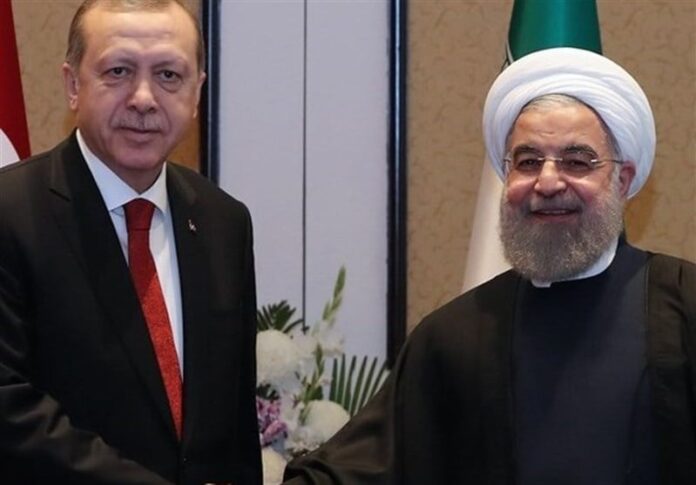 Iranian President Hassan Rouhani, in a telephone call with his Turkish counterpart Recep Tayyip Erdogan, said the two countries are obliged to save the lives of Syrian people, particularly those who are under the siege of terrorists in Eastern Ghouta.

“All of us should make efforts to prevent a humanitarian catastrophe in Eastern Ghouta,” Rouhani told Erdogan on the phone on Wednesday afternoon.

“Tehran and Ankara have a heavy duty to save the people of Syria, especially those in Eastern Ghouta,” he added.

The Iranian president further called on Turkey to use its influence to prevent terrorists’ mortar attacks on Damascus from Eastern Ghouta and help to secure a safe exit route for civilians to leave the besieged district.

Erdogan, for his part, described the situation in Eastern Ghouta as a tragedy and said Iran and Turkey as two Muslim countries in the region should try their hardest to end the tragedy.

In the past few weeks, Eastern Ghouta, which is home to some 400,000 people near Damascus, has witnessed renewed violence with terrorists mounting repeated mortar attacks on the Syrian capital in the face of an imminent rout.