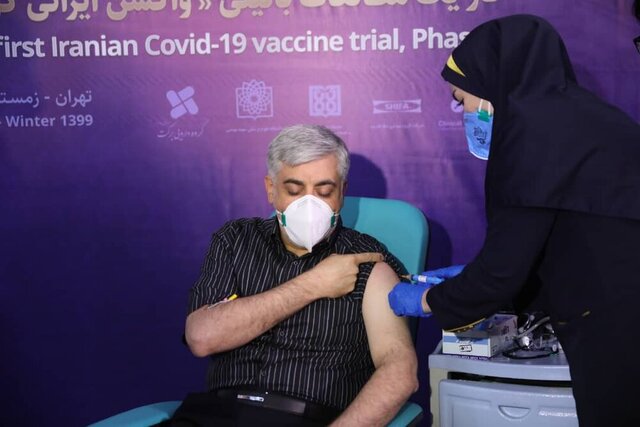 Iranian President Hassan Rouhani has unveiled plans for a mass rollout of an inoculation program across the country within the next few weeks, saying the administration has identified the key groups that should be offered COVID-19 vaccination first.

In an address to a Sunday session of the Administration’s Economic Coordination Headquarters, President Rouhani highlighted the government’s serious efforts to develop a homegrown vaccine for the coronavirus and purchase it from various foreign companies.

He expressed hope that the delivery of coronavirus vaccine to Iran in the coming weeks would allow the start of a nationwide vaccination program.

The president said the inoculation scheme will begin according to a list of priorities in the target groups, noting that the medical staff and the elderly will be the first to get the vaccine.

After hearing a report from the Health Ministry and the Central Bank of Iran about the plans to finance the purchase of coronavirus vaccine from the foreign producers, President Rouhani called on the Central Bank, the Foreign Ministry, and the Plan and Budget Organization to work with the Health Ministry for detailed plans to expedite the purchase and import of the vaccine.

The president further pointed to his administration’s experience of fighting a tough economic war for three years, saying the cabinet has devised the next year’s national budget with reliance on the experience of dealing with a full-flown war and neutralizing the inhumane sanctions and with the purpose of economic development and improving the livelihood of people.

He also dismissed any decision that may mount pressures on people and the country’s economy, calling for efforts to create a promising prospect for economic development.

The president finally underscored that the next year’s budget has been devised on the basis of a realistic view of the tax incomes and the oil revenues with a sensible prediction of economic progress.

In late December 2020, the president said his administration has devised a realistic, detailed and targeted budget for the next Iranian year with the purpose of nullifying the sanctions.

The budget bill is based on an in-depth analysis of needs of people and is cohesive, targeted, realistic and accurate, he explained.