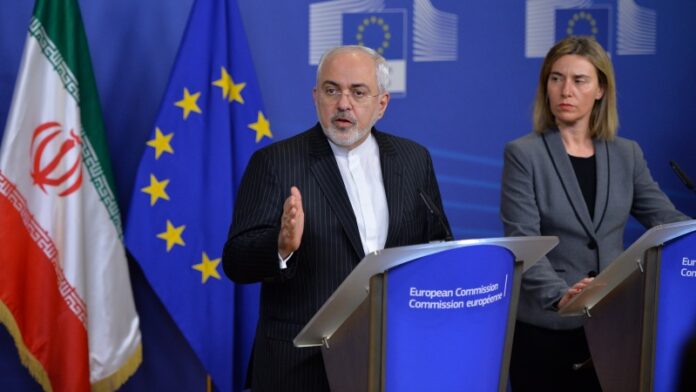 The foreign minister of Iran has made it clear for the European parties to the 2015 nuclear deal that Tehran’s compliance with the accord will be commensurate with their economic commitments.

“Iran is committed to the full implementation of the JCPOA: as long as E3/EU implement THEIR economic commitments,” Mohammad Javad Zarif said in a post on his Twitter account on Tuesday, right after his British, French, and German counterparts and the EU foreign policy chief voiced concern about Tehran’s decision to scale down its commitments under the Joint Comprehensive Plan of Action.

“So moving forward, Iran will comply with its commitments under the JCPOA in exactly the same manner as the EU/E3 have –and will- comply with theirs. Fair enough?” he added.

Earlier in the day, the foreign ministers of France, Germany and the UK, as well as EU High Representative Federica Mogherini, issued a joint statement to voice extreme concern about Iran’s new decisions.

“We have been consistent and clear that our commitment to the nuclear deal depends on full compliance by Iran. We regret this decision by Iran, which calls into question an essential instrument of nuclear nonproliferation,” said the statement from Europeans, who have failed to ensure Iran’s economic interests after the US withdrawal from the JCPOA.

The top Iranian diplomat announced on July 1 that Tehran has increased the level of its low-enriched uranium production to over 300 kilograms.

The move came as part of a decision by the Islamic Republic of Iran to reduce some of its JCPOA commitments in reaction to the US violation of the deal and the Europeans’ failure to live up to their obligations.