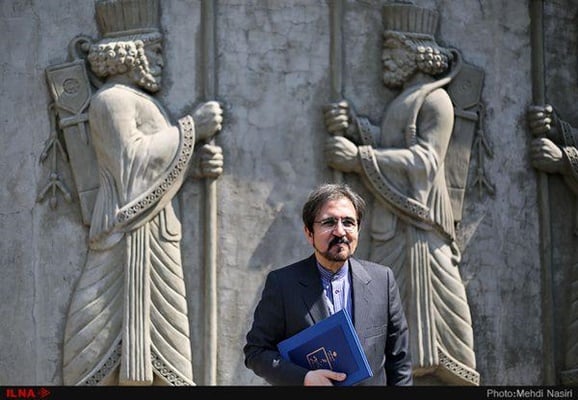 In a message on Wednesday, Qassemi offered condolences to the Zoroastrians across the world.

“I send my condolences to the kind Zoroastrians in Iran and in other countries on the death anniversary of Prophet Zoroaster,” reads his message.

“Zoroaster was the founder of religion of monotheism in the ancient Iran and harbinger and preacher of Good Thoughts, Good Words and Good Deeds. Zoroastrianism has still based its identity on promoting love and friendship among good humans and avoiding hatred and demonic behaviours,” he said.

Qassemi went on to say that the Iranian nation and the Islamic Republic of Iran are the examples of a country and people that have always been able to raise the flag of coexistence and friendship among various religions on its monotheist lands.

“For this, Iran prides itself on enjoying the high culture in the current chaotic and volatile world,” he added.

Zoroaster was an ancient Persian prophet who challenged the existing traditions of the Indo-Iranian religion and later developed into the religion of Zoroastrianism.

He inaugurated a movement that eventually became the dominant religion in Ancient Persia.

He was a native speaker of Old Avestan and lived in the eastern part of the Iranian Plateau, but his exact birthplace is uncertain.