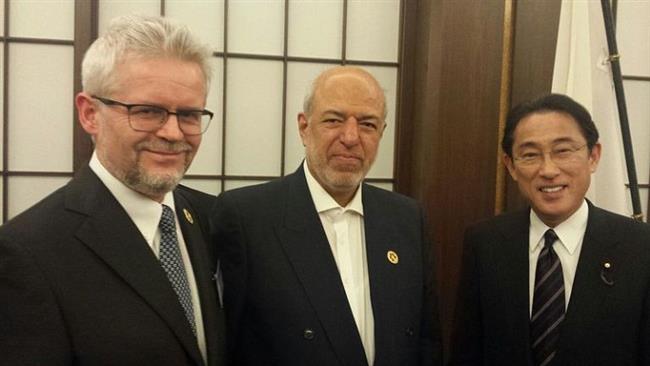 The Islamic Republic of Iran has joined the International Energy Charter after signing IEC declaration in the Japanese Capital, Tokyo.

Iran is viewed as a resource-rich country. It holds the fourth largest proven crude oil reserves and the second largest natural gas reserves in the world.

Iraq and Guatemala, as well as three international organizations including the East African Community, G5 Sahel and the Economic Community of Central African States also signed the International Energy Charter declaration, bringing the overall number of IEC signatories to 80.

The signing ceremony was held on the sidelines of the 27th Meeting of the Energy Charter Conference which kicked off in Tokyo on Friday.

The Energy Charter Conference was established by the 1994 Energy Charter Treaty as part of efforts to promote long-term energy cooperation at regional and global levels.