Iran Sees US Military in Persian Gulf as ‘Targets’, Not ‘Threats’ 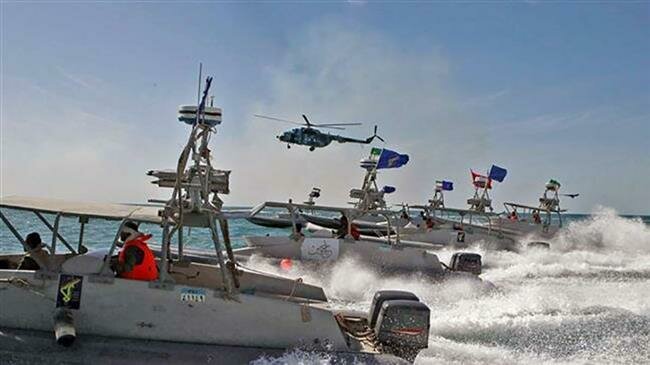 A senior commander of Iran's Islamic Revolution Guards Corps (IRGC) says at the present time, US forces stationed in the Persian Gulf are in close range for the Iranian forces and “will be hit on the head” if they make a mistaken move.

Brigadier General Amir Ali Hajizadeh, the commander of the IRGC’s Aerospace Division, made the remarks on Sunday, when explaining the situation of the United States’ military bases in the region and the IRGC’s missile capability.

“If Americans make a [mistaken] move, we will hit them on the head.”

“This is the current state of affairs in the region…. It was not like this in the past. These [American forces] were previously a threat to us, but they are not an opportunity,” General Hajizadeh added.

The Iranian commander added that if the Americans say nothing about waging war against Iran it is because “they are vulnerable.”

The IRGC commander emphasized that Iran’s missiles are capable of targeting US vessels from a distance of 300 kilometers and the new missiles have an even enhanced range of 700 kilometers, which enables them to hit targets beyond the Persian Gulf.

“An aircraft carrier with at least 40 to 50 fighter jets and 6,000 personnel was a serious threat for us in the past, but is now a target and threats have turned into opportunities,” Hajizadeh said.

The US Air Force acknowledged Friday that B-52 bombers ordered by the White House to be deployed to the Persian Gulf to counter unspecified threats from Iran have arrived at a major American air base in Qatar.

Others landed at an undisclosed location Wednesday in “southwest Asia,” the Air Force said. The US military in the past has described its presence at both the Al Dhafra Air Base in the United Arab Emirates and Al Udeid as “southwest Asia.”

Head of the Iranian Parliament’s Committee on National Security and Foreign Policy Heshmatollah Falahatpisheh said on Sunday that the United States does not seek a military confrontation with Iran and is only waging a “psychological war” against the Islamic Republic.