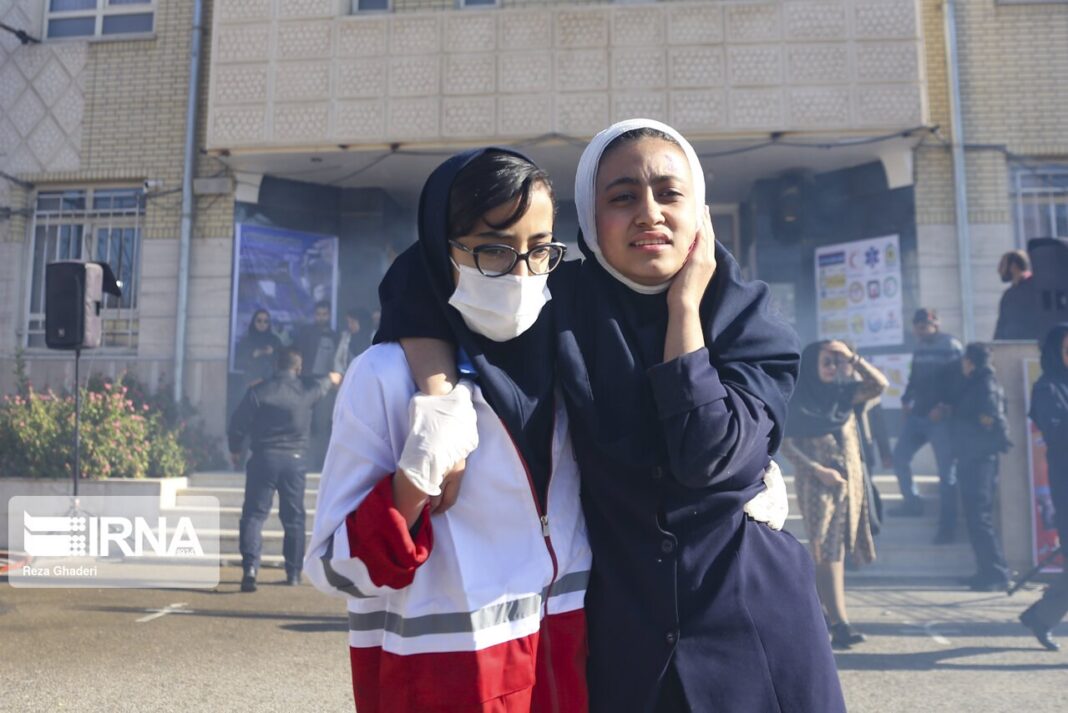 Iranian schools have held their largest, so far, earthquake and safety drills under the motto “Safe School, Tolerant Society, Preparing for Quake in Pandemic Situation”.

The 23rd General Earthquake and Safety Maneuvers were held at a girls’ school in the capital Tehran and virtually across the country.

Officials said the purpose of the drills is increasing students’ awareness on tremors and preparing them for proper and quick response during quakes.

The drills were also aimed at promotion of safety against temblors, strengthening of buildings and reduction of casualties during earthquakes.

During the drills, the students practiced safe sheltering, safe emergency exiting, evacuation of the possible injured and extinguishing fires.

Earthquakes maneuvers are Iran’s largest public educational activity for the purpose of schools’ safety against tremors.

It was first held 25 years ago and is organized annually with the cooperation of the Ministry of Science, Research and Technology, the Ministry of Education and the Interior Ministry as well as Iran’s Red Crescent Society.