Iran Says US Must Rebuild Trust If It Seeks Talks 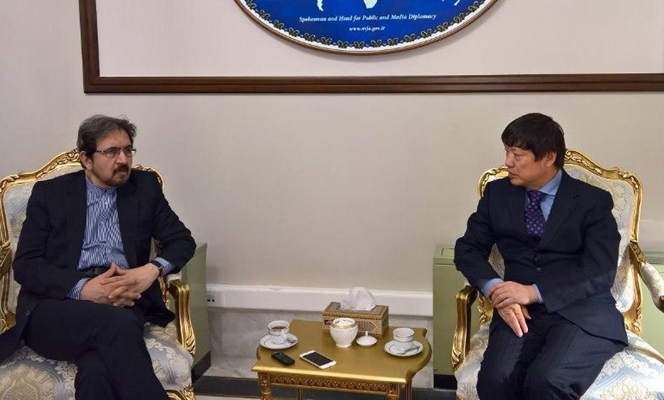 Iranian Foreign Ministry Spokesman Bahram Qassemi says the country won’t engage in talks with the US unless Washington takes steps to regain the trust of the Iranian people.

“The US is not after serious talks and it first needs to regain the lost trust,” Qassemi said, referring to frequent US calls for negotiations with Tehran.

Speaking in a meeting with the staff of China’s Global Times newspaper in Tehran on Thursday, Qassemi said the US is to blame for tensions in Tehran-Washington relations in the past decades.

“These problems were not started by Iran and they have their roots in unfair sanctions that the US has imposed on Iran against international norms …,” he said.

Qassemi said the US seeks to draw unlimited concessions from Tehran, and Iran cannot surrender to such a country.

He pointed to the US’ hegemonic policies and said, “If the US comes one step forward, it will take a second step tomorrow. The trend of global developments shows the US’ insatiable appetite, so one cannot surrender to Washington’s demands.”

The Iranian spokesman said developments around the world show that many countries are tired of the US unilateralism.

“The fact that China, Russia and Europe are politically standing against the US is a step forward that shows the world’s situation has changed,” he said.