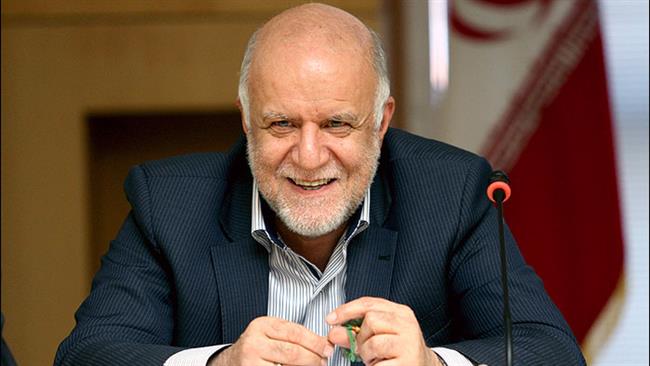 Iran says it has already been able to regain the share of the oil market that it had lost as a result of multiple years of draconian sanctions.

Iran’s Oil Minister Bijan Zangeneh says this has been materialized as a result of an increase in the country’s production and exports of crude oil as well as gas condensate.

Zangeneh – who made the announcement in a message to the nation on the eve of the new Persian calendar year (to begin 21 March) – emphasized that these are only part of a series of achievements that the Oil Ministry has been able to make after the removal of sanctions against Iran in mid-January.

The US-led sanctions that were imposed against Iran in 2011 limited the country’s oil sales to only one million barrels per day (bpd) from the previous levels of above two million barrels a day.

After the election of President Hassan Rouhani and his appointment of Zangeneh as the oil minister, Iran undertook serious efforts to lift its oil production capacity in face of the sanctions that also barred foreign investments in the Iranian oil industry. Accordingly, when the sanctions were lifted in mid-January, Iran increased its export ceiling to around 1.4 million bpd within a few weeks with the bulk of supplies heading to European markets.

He had also called on global producers to make way for the incoming Iranian oil supplies, stressing that Iran has no plans to freeze its production – as demanded by market heavyweights such as Russia and Saudi Arabia.

On Wednesday, Iran’s President Rouhani told reporters that the country’s oil exports will reach 2 million bpd within the next few months.