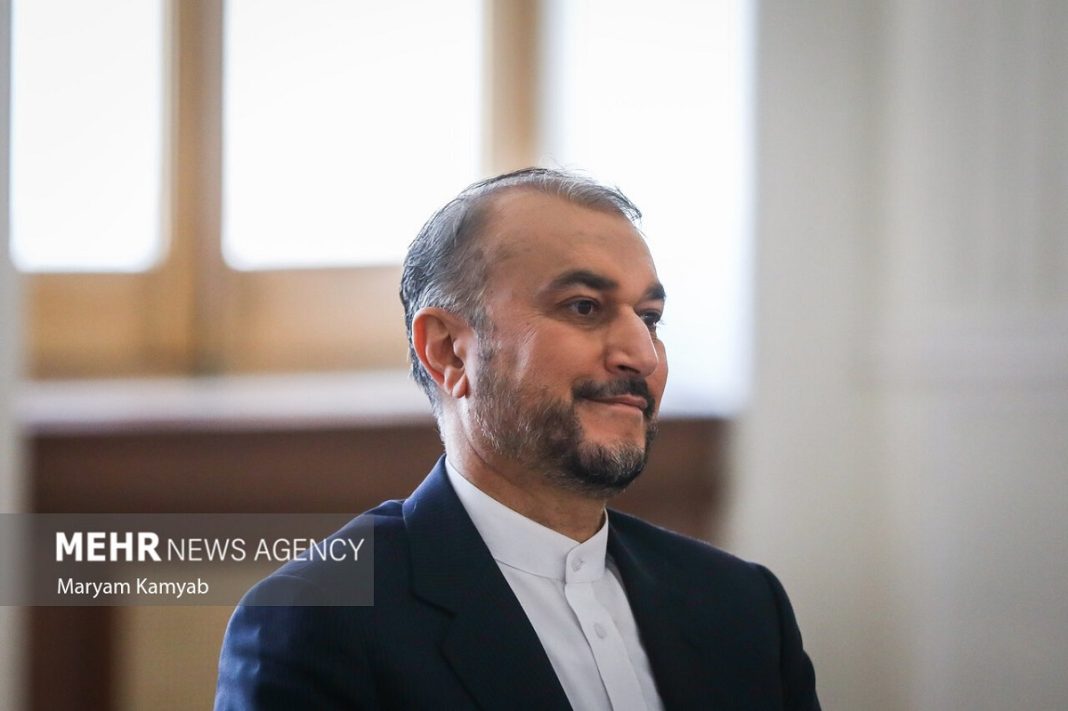 Iranian Foreign Minister Hossein Amir Abdollahian has expressed hope for the expansion of trade between Iran and the Black Sea region.

The top Iranian diplomat raised the issue in a meeting with Lazăr Comănescu, Secretary General of the Organization of Black Sea Economic Cooperation in Tehran on Sunday.

In the meeting, Amir Abdollahian congratulated Comănescu on the 30th anniversary of the establishment of the BSEC.

He referred to the huge potential for cooperation between Iran and the organization and outlined the Islamic Republic’s capabilities including in the fields of transit and energy.

The foreign minister also pointed to the “International Conference of Iran and the Black Sea Economic Cooperation Organization: Prospects for Cooperation”.

Amir Abdollahian described the conference as a good opportunity for finding areas of mutual cooperation between the BSEC and Iran.

The top Iranian diplomat also spoke about the finalization of the Persian Gulf-Black Sea International Corridor Agreement and expressed hope that the signing of the document and the building of the corridor will result in positive developments in trade and transit cooperation between Iran and the Black Sea region.

The secretary general of the BSEC for his part thanked Amir Abdollahian for the meeting.

Lazăr Comănescu supported the idea of holding the international conference in Tehran and described the Islamic Republic of Iran as one of the most active partners of the BSEC.

He expressed confidence that under the auspices of the conference on Monday, the road will be paved for more widespread and stronger cooperation between the two sides. Comănescu also gave a report on the activities of the BSEC over the last three decsdes and spoke about the adverse impact of the Ukraine crisis on the work of the organization.

Then, Amir Abdollahian outlined Iran’s efforts to end the hostilities in Ukraine and reaffirmed Iran’s readiness to boost level of cooperation with the BSEC. He also expressed hope that the Tehran conference will be successful.

It needs to be noted that the “International Conference of Iran and the Black Sea Economic Cooperation Organization: Prospects for Cooperation” will take place on May 30 with the BSEC’s secretary general in attendance. Other participants are ambassadors of the member states, representatives of the UN, the secretary general of the Economic Cooperation Organization (ECO) and the senior directors of Iran’s private and public sectors at the Center for Political and International Studies of the Iranian Foreign Ministry.