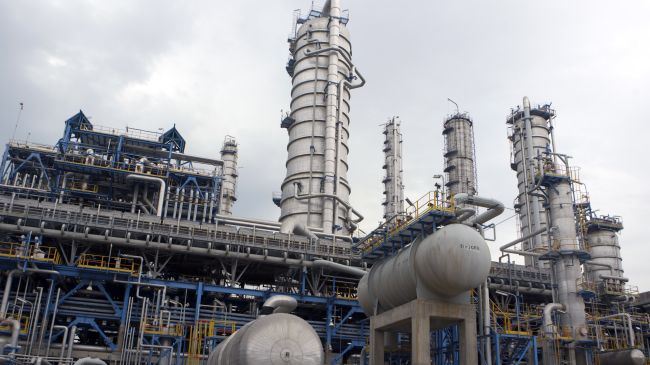 A consignment of linear low density polyethylene (LLDPE), measuring 2,000 tons with a total value of over $2 million, will be shipped to Belgium next week.

Iran will soon resume exports of petrochemical products to Europe, which have been banned under the US-led sanctions in recent years.

Iran’s Jam Petrochemical Company announced Saturday that a consignment of linear low density polyethylene (LLDPE), measuring 2,000 tons with a total value of over $ 2 million, will be shipped to Belgium next week.

The company says the resumption of petrochemical exports to Europe coincides with the revival of a shipping route for similar exports to Turkey.

International clients – under a tight regime of US-led sanctions – were banned from buying petrochemicals from Iran over the past few years.

The ban was lifted last year following breakthroughs in nuclear talks between Iran and the P5+1 group of world powers.

Iran has exported more than 7.8 million tons of petrochemicals worth more than USD 5.1 billion in the six months ending September 22.

Iran produced 40 million tons of petrochemicals in the last calendar year (ended March 20), with USD 9 billion worth of its products being exported.

The country, which is a major oil exporter, plans to increase its petrochemical exports to USD 12 billion this year.

Iran has significantly expanded the range and volume of its petrochemical production over the past few years.