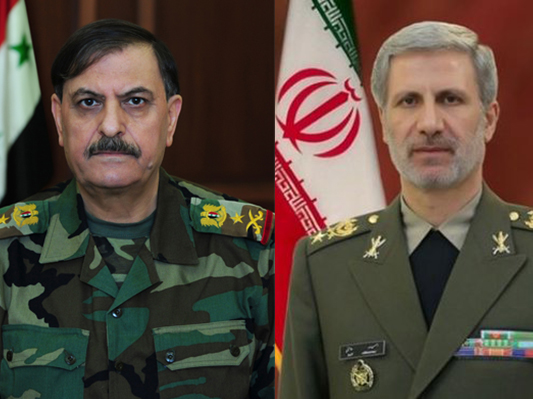 Iran's Defence Minister Brigadier General Amir Hatami says the Islamic Republic of Iran has always been supporting its Syrian “brothers”, and is determined to help them during the post-war era.

Speaking in a Sunday phone conversation with his Syrian counterpart General Fahd Jassem al-Freij, the Iranian minister expressed the hope that the Syrian army’s victories against the terrorists would be continued and security would be restored to Syria.

“Five years of resistance by the Syrian armed forces and nation against terrorist groups is admirable and must be recorded in the history of a nation’s legitimate defence of their identity and integrity,” added Hatami, according to a Farsi report by Tasnim.

The two sides also discussed the latest regional and international developments, especially the developments in Syria, and emphasized further cooperation and efforts to eliminate the terrorists.

The Syrian general, in turn, said the excellent coordination between the Islamic Republic of Iran and Syria has guaranteed peace, stability and security in the two countries and region.