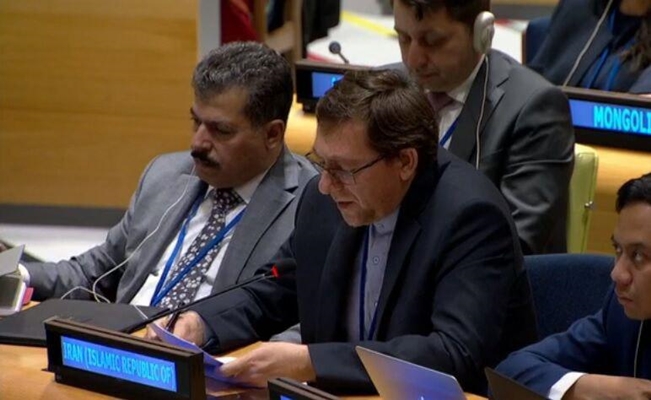 Iran condemns terrorism in all shapes and forms, but war on terror must not be used as a pretext to use force against countries, Iran’s mission to the United Nations says.

Iranian envoy to the United Nations Ali Nasimfar said acts of terror are condemned no matter where and by whom they are committed, and no matter who the victims are.

“The Non-Aligned Movement (NAM) flatly dismisses and denounces terrorism, in any shape and [using] any tool, as a criminal act,” said Nasimfar speaking at the UN on behalf of NAM member states.

“NAM underlines once again that acts of terror are a gross violation of international law, including international humanitarian laws and human rights, especially the right to live, and keep people from fully enjoying their rights and basic freedoms,” added the Iranian envoy.

“Such acts jeopardize territorial integrity and stability of countries as well as national, regional and international security,” he noted.

Nasimfar said efforts to destabilize legitimate governments or the ruling constitution as well as political unity among governments will affect the stability of nations along with the foundation of societies.

“Such moves have destructive consequences for economic and social development and will destroy the physical and economic infrastructure of countries,” he added.

“NAM reiterates its respect for the territorial integrity and sovereignty as well as political independence of all countries in accordance with the UN Charter,” he said.

He noted that terrorism should not be equated with the legitimate fight of people under oppression or foreign occupation to determine their fate and secure national freedom.

He said brutal treatment of people under foreign occupation must also be condemned as the worst form of terrorism.

Iran’s envoy also stressed the need to condemn the use of state power to suppress and brutalize people fighting against foreign occupation to secure their inalienable rights.

He said terrorism is a phenomenon which is not associated with any religion, nationality, civilization or ethnic group, and added these features must not be used to justify acts of terror or violate the privacy of people under the pretext of combating terrorism.

“Being well aware of the necessity of adopting prompt and effective measures to tackle international terrorism, NAM calls on all countries to live up to their obligations with regards to fighting terror under international law and international humanitarian regulations in accordance with the UN Charter and under the aegis of this world body,” he said.