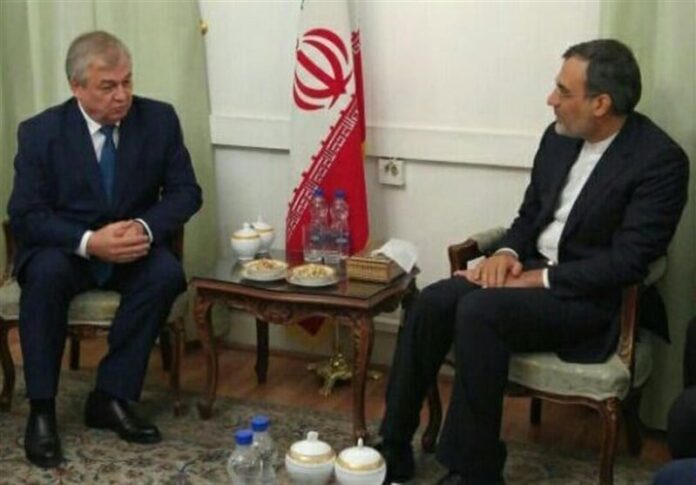 Iranian foreign minister’s special assistant for political affairs, Hossein Jaberi Ansari, said in Iran’s view, employing chemical weapons by any party is totally unacceptable and rejected recent Western accusations about the Syrian government’s use of such weapons as fabricated.

Speaking to reporters after an unannounced meeting with Russia’s special envoy on Syria Alexander Lavrentiev in Tehran on Tuesday afternoon, Jaberi Ansari said, “We will not accept the instrumental use of the issue of chemical weapons.”

“If there is a claim about the use of chemical weapons, we call for legal action on the issue,” he stressed.

The official said that Syria is undergoing new developments and the US and some other countries are threating to take action against the Syrian government under the pretext of chemical weapons use.

Jaberi Ansari further emphasized that the clear and transparent stance of the Islamic Republic of Iran, as the main victim of chemical weapons, is that using such weapons by any country or party is totally unacceptable.

“The Islamic Republic of Iran, as one of the victims of chemical weapons, strongly condemns the use of such weapons by any party and anywhere in the world based on its principled policies and religious and moral teachings,” Qassemi said in a statement.

“The Syrian army’s use of chemicals does not seem logical since it has the upper-hand in its war against armed terrorists,” stressed Qassemi.

“Such allegations by the US and some other Western countries reveal a new conspiracy against the Syrian government and people. This is an excuse for military action against Syrians and will definitely add to the complexity of the situation in this country and region.”