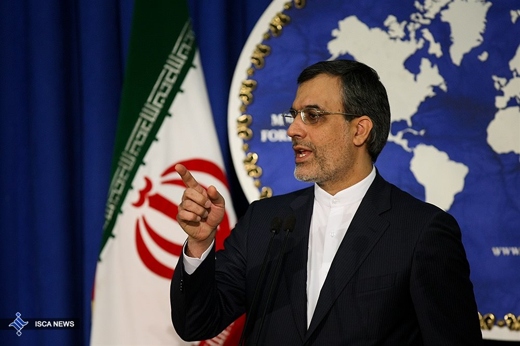 “The Islamic resistance movement, Lebanon’s Hezbollah, has ended decades of lethargy and inaction in confronting occupiers of Palestine by resisting the Zionist regime and fully supporting Palestinian nation’s resistance movement,” said Jaberi Ansari reacting to the announcement that added fuel to the confrontation between the region’s Sunni Muslim monarchies and the Lebanese Shiite movement’s main ally—Iran.

“Hezbollah has obtained the first major victory of the Arab world and Muslims in the anti-Zionism conflict and has became established as an outstanding symbol of resistance against Zionist occupation and racism,” he said on Thursday.

“Opposition of certain Arab states to Hezbollah, an agile and diligent representative of Islamic Umma’s lasting ideals regarding independence, freedom, dignity, esteem and confrontation with oppression and occupation and racism and terrorism, which are institutionalized in the Zionist regime, and blind Takfiri extremism and terrorism, does not justify their government’s fine-tuned move with Palestine occupiers in labeling the resistance movement with being a terrorist organization; government officials who support such stances by disseminating lies and putting pressure on other states to adopt similar stances, are, willingly or unwillingly, acting against the interests of Islamic countries,” he added.