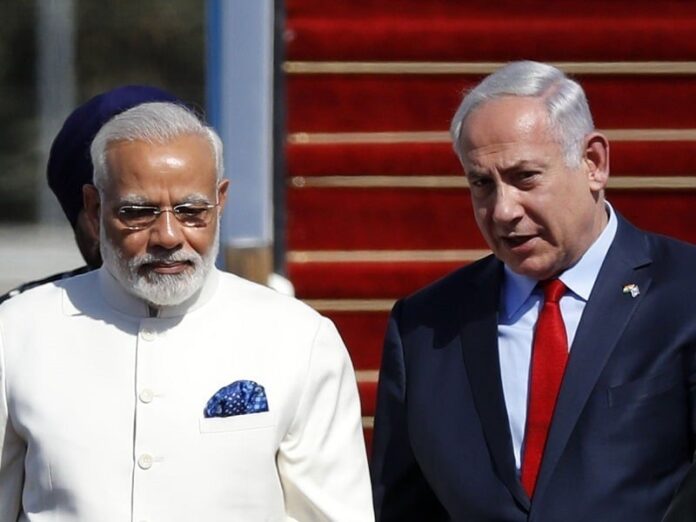 Experts believe Iranian President Hassan Rouhani’s recent visit to New Delhi, which was made shortly after the Israeli premier’s trip to India, as well as the visit of the Indian prime minister to Israel, could balance India’s ties with the Zionist regime.

India and Israel have had friendly ties for many years, but the rapid expansion of these ties, especially in military and intelligence areas, has become a source of concern for Muslim countries.

Given India’s history of defending Palestinians’ rights within the framework of the Non-Aligned Movement, there is the hope that the negotiations of Iranian officials could balance India’s ties with the Zionist regime.

Hassan Rouhani’s three-day trip to India was the first visit by an Iranian president to the country since Ahmadinejad’s three-hour stay there in 2008. During Rouhani’s trip, a number of important agreements were signed. This comes as the Indians did not have a satisfactory performance in their economic relations with the Islamic Republic.

Rouhani began his journey from Hyderabad, an important city with more than 30 percent of Muslim population with a history of political and cultural influence by Iran. Over there, the Iranian president held a meeting with Muslim scholars at the Friday prayers of the Sunni-majority city and delivered a sermon among the worshippers.

Rouhani in India wished that the relations between Tehran and Delhi would once again be warm and close as in the time of the two countries’ ancestors. He, of course, took the first step towards fulfiling this wish with his presence in Hyderabad and visiting historical works inspired by Iranian culture and consulting with Indian Muslims. In this city, he emphasized the Islamic Republic’s desire to expand cultural ties with India.

A consultative meeting with Muslim scholars and the emphasis of the Iranian president on the history of the cultural and Islamic ties between the two countries had another strategic message for India. In fact, Iran, as one of the most important Muslim countries with a long history of presence in India, can help resolve the long-standing conflicts between Pakistan and India and reduce the negative security implications of the conflicts in the region.

In terms of economic relations, specialists believe India’s delay in implementing the Chabahar port development project had a negative message for the Iranians, confirming the analyses that Delhi believes its future ties with Tehran would be shaped by the decisions of the US.

The Chabahar project is currently in progress, and during Rouhani’s visit to India, 15 cooperation agreements were also signed by the two countries’ high-ranking officials.

However, taking into consideration the capacities of the two countries for cooperation, one can say the economic relations between Iran and India are not close enough.