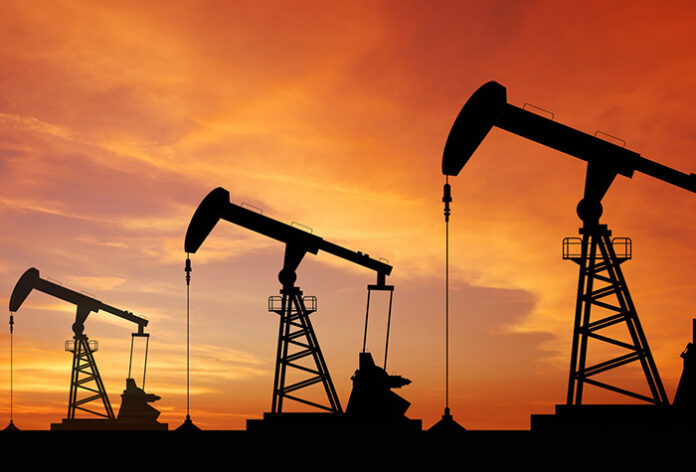 In an article, Bloomberg has discussed the recent developments in the oil market, particularly the rivalry between Iran and Saudi Arabia.

According to the Bloomberg’s report, which was covered by Khabar Online, Iran is the only member of Organization of the Petroleum Exporting Countries (OPEC) that has made economic reforms after the decrease of its oil price.

Here are excerpts selected by Khabar Online from the original article:

Suddenly the tables have been turned on Saudi Arabia.

The biggest oil exporter has swapped its traditional role as price dove with regional foe Iran, for years OPEC price hawk. The government in Riyadh is now offering a deal — including its first output cut in eight years — to boost prices; Tehran is dragging its feet. At the centre of the reversal is their contrasting thresholds for enduring economic pain.

“Both countries are coming from different positions,” said Jason Tuvey, Middle East economist at consulting firm Capital Economics. “Iran has been under sanctions until recently, so it’s getting an economic boost as investment returns and oil output rises. Meanwhile, Saudi Arabia is facing steep fiscal cuts.”

The contrast between the two countries is stark. Iran, never as dependent on oil revenue as its neighbour, has seen prospects boosted by rapprochement with the west. In Saudi Arabia, tentative moves toward economic reform haven’t prevented two years of weak prices causing financial havoc: it’s burning through foreign exchange reserves, government contractors have gone unpaid and civil servants will get no bonus this year. 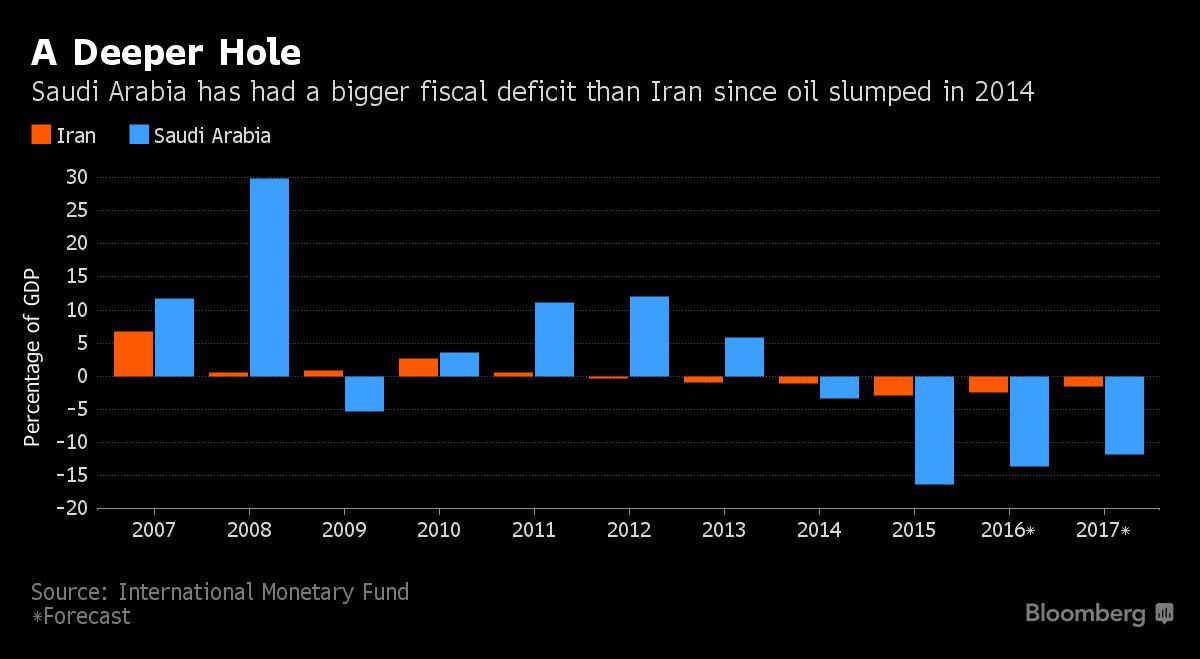 Saudi Arabia will suffer a fiscal deficit equal to 13.5 per cent of gross domestic product this year, compared with one of less than 2.5 per cent of GDP for Iran, the International Monetary Fund estimates. The IMF says the Saudis need oil close to $67 a barrel to square the books. For Iran, it’s lower, at $61.50.

When it comes to economic growth, Saudi Arabia is slowing sharply to 1 per cent while Iran is accelerating toward 4 per cent. The current account — a broad measure of a country’s economic relationship with the world — tells the same story. Saudi Arabia faces a double-digit deficit this year; Iran’s is nearly balanced following economic reforms in 2012 and 2013 to weather the impact of international sanctions over its nuclear program.

While Iranian President Hassan Rouhani faces elections next May and is under pressure over the country’s economic performance since sanctions were lifted, it’s already been through the austerity that’s only starting in Saudi Arabia.

For the last two years, as oil prices plunged from more than $100 a barrel to a 12-year low of less than $30 a barrel in January, the Saudis have drawn on their huge currency reserves to cushion the impact. It spent $115 billion last year and between January and July this year it used up another $52 billion.

Subsidies, long a political taboo, are being cut, as are the salaries of government ministers by 20 per cent. Infrastructure projects have been delayed, and a value-added tax is mooted for 2018. If Saudis have continued spending as they did last year, the country would have gone “completely broke” by early 2017.

On the other side of the Persian Gulf, there isn’t the same sense of crisis.

“Tehran would love to have higher oil prices, but Iran is the OPEC country that had to do fewer budget sacrifices due to cheap oil,” said Olivier Jakob, an analyst at Petromatrix GmbH in Zug, Switzerland. “They feel they have a strong hand.”