Iran Not Interested in Any Provocation with US: Zarif 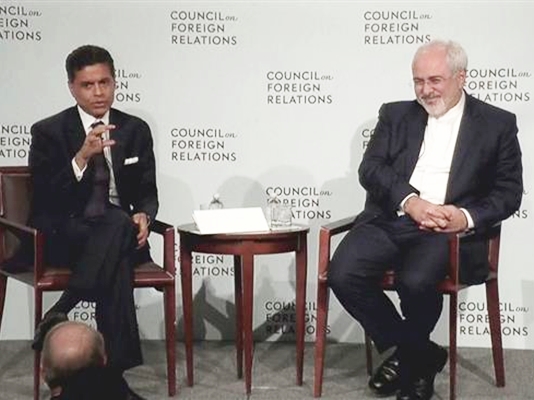 Iranian Foreign Minister Mohammad Javad Zarif says the Islamic Republic is not interested in “any provocation” whatsoever with the United States despite having nearly four decades of difficulty with the country.

The Iranian minister made the remarks in an interview with the Council on Foreign Relations, a New York-based think tank, on Friday, in response to a quote, raised by the interviewer, from US Republican presidential nominee Donald trump, who had said he would shoot the Iranian ships out of the Persian Gulf.

“Our soldiers and our sailors are a few miles away from our coasts. Yours, Americans, are several thousand miles away. And then they get upset when our boats tell them not to get into our [territorial] waters, that you are approaching Iranian borders, that… you encroach upon our sovereignty,” Zarif said, adding that the Persian Gulf is Iran’s lifeline, through which it sells almost all of the country’s oil.

“How would you think if an Iranian warship were to come to the Gulf of Mexico… and [tell the US forces], ‘Why are you getting close to me? I’m sailing in international waters.’,” he said, adding that likewise, in the Persian Gulf, “You are close to us. We are not getting close to you.”

Zarif also said that a greater majority of Iranians distrust the US today than they did before the nuclear deal, dubbed the Joint Comprehensive Plan of Action (JCPOA), which was signed between Tehran and the P5+1 countries on July 2015.

He noted that the fear of facing punitive measures from the US has discouraged major European banks from dealing with Iran months after the implementation of the JCPOA. 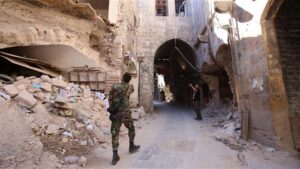 Iran’s foreign minister also renewed Tehran’s call for a political solution to the crisis in Syria.

“There is no military solution to [the crisis in] Syria. There has to be a comprehensive, unconditional ceasefire” to pave the way for the political settlement of the war, Zarif said.

Reiterating Iran’s support for the Syrian government in its fight against Takfiri terrorists, Zarif highlighted the need for delineating the positions of terrorist groups like Daesh and Fateh al-Sham, al-Qaeda’s Syrian branch formerly known as al-Nusra Front, which have been excluded from the ceasefires across Syria.

The Iranian foreign minister also criticized some regional players for focusing on Syrian President Bashar al-Assad’s fate rather than the future of Syria. He added that unlike Saudi Arabia, Tehran has always been ready to cooperate with all regional players on the Syrian crisis, and it does not believe in a solution based on “exclusions”. 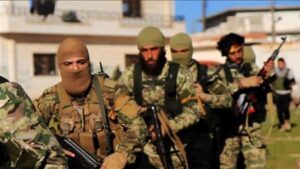 Elsewhere in his remarks, the Iranian foreign minister touched upon the role Riyadh has played during the past decades in creating and funding terror groups such as Taliban and al-Qaida, and Iraq’s slain dictator Saddam Hussein, who received “unbelievable” sums of money from Saudi Arabia.

“Our problem today is the fact that they (the Saudis) are funding extremism in the hope that they can divert the attention from the inability of the state system in their country and the rest of the region to address the difficulties, anxieties and aspirations of the Arab youth into a perceived and manufactured enemy, being it the Shias or the Iranians,” the Iranian foreign minister added.

But “they know that at the end of the day they are the real target… Nobody will gain anything from supporting extremism – an animal, a monster, a Frankenstein that will bite the hands that feeds it,” he added.

Zarif described Wahhabism – the radical Saudi ideology that fuels the ideological engine of terror organizations like the Daesh and al-Nusra Front – as “a political school of thought” and the “literature of hate that has to be stopped.”