Iran Not Going to Bow to US: President Rouhani 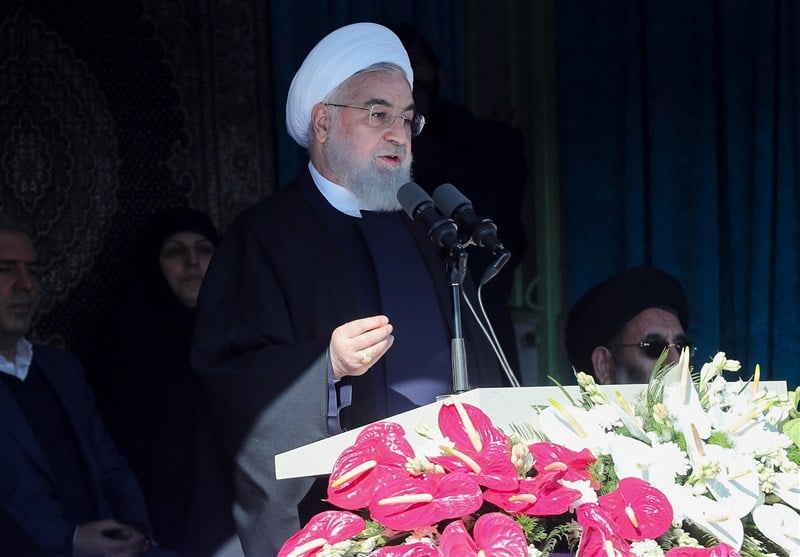 Iranian President Hassan Rouhani reaffirmed the country’s resolve to confront foreign pressures, stressing that Iran will never bow before the US.

“We will remain free and independent, and won’t bow our head to the US. Those in the White House should know that our nation is a dignified and great nation,” Rouhani said in an address to people in the northwestern city of Khoy on Monday.

He underlined that the enemies could not prevent the Iranian nation from pursuing its goals, highlighting the US failure to turn November 4 into a bitter experience for Iranians.

Washington imposed a new wave of sanctions against Iran on November 4, the anniversary of the US embassy takeover in Tehran back in 1979.

Rouhani added that the enemies wrongly believe that Iranians would give in to economic and psychological pressure, saying while Iran has never started disputes with anyone, the US is seeking revenge after its successive defeats in the region.

“They (Americans) believe that their defeats in Iraq, Syria and Lebanon were caused by the Iranian nation’s steadfastness, but they are mistaken. This is the steadfastness of all Muslim nations. Besides Iran, the nations of Syria, Yemen, Afghanistan, Lebanon and all of the Muslim world care about their independence, faith and steadfastness,” he added.

The president also emphasized that the US could never cut off Iran’s ties with its neighbors by driving its oil exports down to zero, underscoring that Iran continues to sell crude and strengthen ties with the neighbors, including Turkey, the Republic of Azerbaijan and Iraq.

“We won’t allow the pressures from the US and Zionists to create big problems for the life of (Iranian) people,” he concluded.