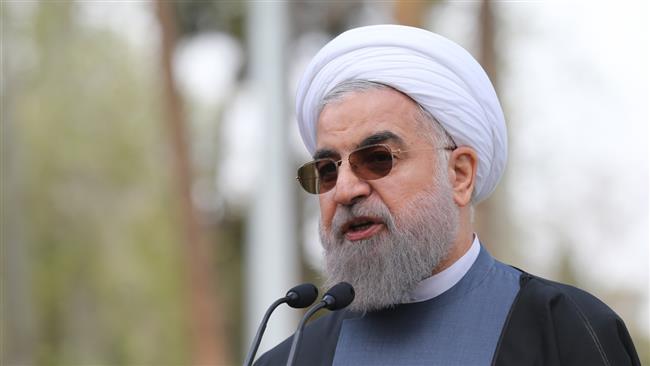 “We have had and no intention of invading any country, particularly our neighbors, with our missiles and we will not do so, and our arms are [designed] solely to defend our nation and country,” Rouhani said on the sidelines of a cabinet session on Wednesday.

The Iranian president further expressed satisfaction that US “hardliners and hawkish” officials, who unjustly took the Iranian missile test to the UN Security Council (UNSC), failed to achieve their objectives.

Earlier on March 14, Washington vowed to continue pushing for UN Security Council action on Iran’s recent ballistic missile tests and accused Russia of looking for reasons not to respond to Tehran’s missile launches.

“This merits a Council response,” US Ambassador to the UN Samantha Power told reporters on Monday after a closed-door meeting of the 15-nation Security Council convened at Washington’s request.

Power was referring to comments from Russian Ambassador Vitaly Churkin, who made clear that in the view of veto-wielding Russia, Iran’s ballistic missile tests did not violate resolution 2231, adopted last July, which endorsed a nuclear agreement between Tehran and six world powers.

Meanwhile, the director general for political and international affairs at Iran’s Foreign Ministry, Hamid Baeedinejad, wrote in his telegram channel on Monday that the UNSC has agreed that the country’s recent missile tests are not in breach of UN resolutions.

Resolution 2231 “calls upon” Iran not to undertake any activity related to ballistic missiles designed to be capable of delivering nuclear weapons, including launches using such ballistic missile technology.