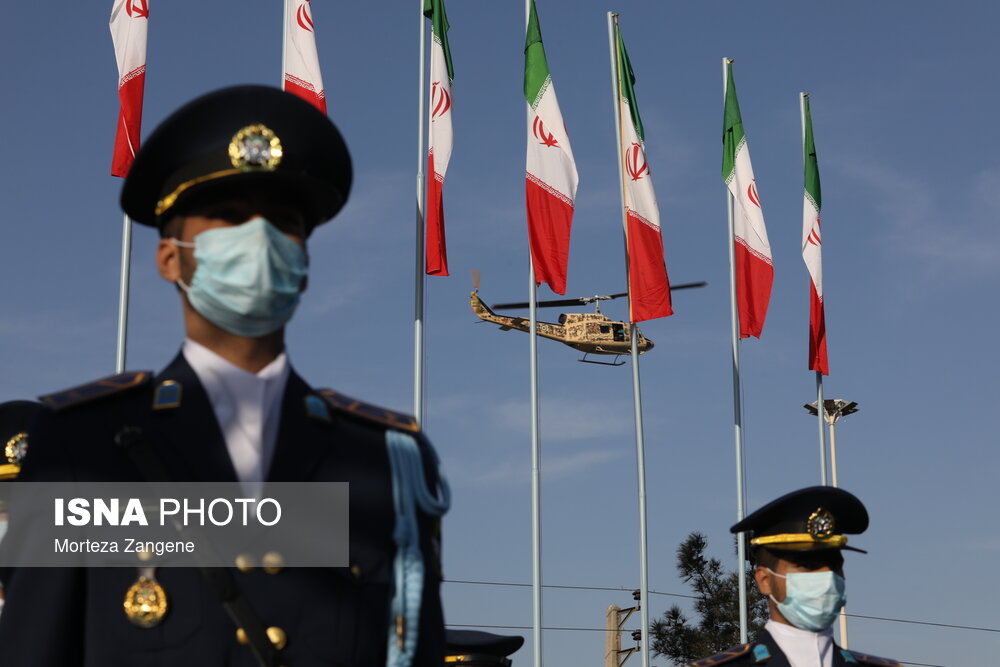 The Iranian army has held annual military parades in southern capital Tehran to mark the National Army Day in a ceremony at the presence of President Ebrahim Raisi and top military officials.

During the ceremony, the army paraded its combat and armored units and air defense systems as well as naval equipment and vessels as fighter jets conducted flyovers.

The parade also featured part of the domestically-manufactured drones, missiles and other air, land and naval equipment.

During the ceremony, Raisi hailed the army’s power and achievements, stressing that the Iranian armed forces used decades of sanctions against them to reconstruct their might with reliance on domestic capabilities.

“The army used the opportunity of sanctions very well to empower itself and our military industries are now in the best shape,” he said.

Raisi touched on the acknowledgement by the United Sates on the failure of its maximum pressure campaign against Iran, stressing this is the fate of anyone who acts against the Islamic Republic of Iran.

During the parade, the highlights among the military hardware were Fath 360 surface-to-surface missile, Labayk precision-strike rockets and Dezfoul and Majid air defense systems.